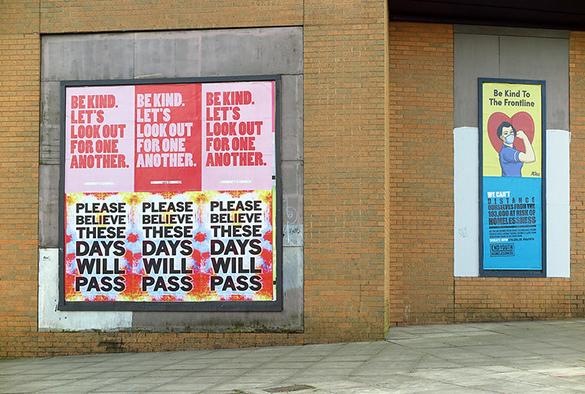 Yet again, poor families will be hardest hit by the pandemic’s long economic fallout.

Covid-19 does not strike at random—mortality is much higher in elderly people, poorer groups, and ethnic minorities, and its economic effect is also unevenly distributed across the population. The economic fallout is likely to be felt for years. Without concerted preventive action worse-off families and communities will be disproportionately affected, increasing health inequalities in the UK and globally.

Even before covid-19, extremely disturbing trends in health were emerging in England. Growing child poverty, homelessness, and food poverty led to an unprecedented rise in infant mortality, mental health problems, and stalling life expectancy, especially for women in the poorest areas and cities. These were the same areas where 10 years of austerity measures had hit the poorest groups the hardest. Larger cuts in government funding to local authorities with higher proportions of children in poverty meant a reduction in spending on vital preventive services in areas where they were needed most. The pandemic arrived in the middle of this worrying scene and amplified existing inequalities.

Exposure to infection is unequal. People in precarious, low paid, manual jobs in the caring, retail, and service sectors have been more exposed to covid-19 as their face-to-face jobs cannot be done from home. Overcrowded, poor quality housing in densely populated areas have often added to their increased risk. Poorer communities have also been more vulnerable to severe disease once infected because of higher levels of pre-existing illness. Increased rates of infection have led to greater loss of income linked to disruptions to work and job loss, but the immediate financial pressure of covid-19 has gone far beyond this.

Rising demand for universal credit exposed the inadequacy of current levels of benefits. The UK government increased universal credit payments by £20 (€23; $28) a week to compensate for extra expenses during lockdown, but as yet the increase is only temporary. Food poverty increased, with free school meals—an essential nutritional boost for many low income families—having to be replaced by emergency measures to prevent children going hungry during school closures. Government support for this scheme has been precarious, and at times the measures have been inadequate to maintain the health of growing children.

Predicted long term economic effects include loss of future earnings and unemployment, pushing more adults, particularly parents, into poverty. The effect of the pandemic on employment is predicted to be 10 times greater than that of the 2008 financial crisis, which led to a sharp increase in suicides and mental illness. The pandemic induced recession is likely to have a similarly damaging effect on mental health.

By far the most devastating long term costs of the pandemic are likely to fall on today’s children as they grow, develop, and forge their own economic futures. Child poverty is already the biggest threat to child health and development in the UK and globally, so the predicted increase is concerning. A combination of worse financial strain within families and stay-at-home pandemic policies is causing immediate harm to the development and mental health of children, with some younger children regressing in basic skills. Currently, one in six children and young people have mental health problems as their lives are “put on hold,” with clear implications for their long term health and earnings.

Lost learning will cause the greatest damage to the qualifications and job prospects of pupils who are already disadvantaged. Calling for a “massive national policy response,” the Institute for Fiscal Studies estimated that missing half a year of school could mean losing £40 000 in lifetime earnings, with negative effects concentrated among children from disadvantaged backgrounds.

The common framing of action as a trade-off between protecting health or protecting the economy is a false dichotomy: international evidence shows that the virus must be under control for the economy to recover. We need to protect the worse off in society from the adverse consequences falling disproportionately on them, especially by giving every child the best start in life. This could include, in the immediate future, retaining the universal credit uplift, raising the pupil premium, and introducing intensive measures to help disadvantaged pupils catch up on lost learning, including addressing the digital divide.

In the medium term, the large numbers of people out of work and those whose ability to work is reduced because of the long term effects of covid-19 will need effective support and training to return to work. Reinvesting in children’s preventive services such as Sure Start children’s centres and improved access to a range of mental health services will be crucial. But above all we must avoid reintroducing austerity measures to fix the economy, which would again fall heaviest on the most disadvantaged groups and communities, widening health inequalities still further. Instead, we must “build back fairer.”

This article was published in the British Medical Journal (The BMJ). To read the original, including references, please visit doi: https://doi.org/10.1136/bmj.n376