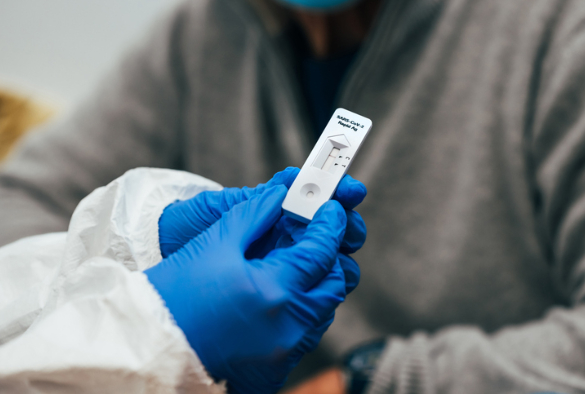 A team of researchers from the University of Liverpool, Harvard University and University of Oxford have set out to clarify analysis within recent studies that have misinterpreted the sensitivity of lateral flow rapid antigen testing (LFT) for SARS-CoV-2.

Published in The Lancet, the comment piece specifically addresses the sensitivity of rapid antigen lateral flow tests (LFT) in the context of the UK government’s national rollout of rapid tests, which started as a pilot program in the City of Liverpool and is now being implemented across the country.

“Lateral flow rapid tests for SARS-CoV-2 antigen identify most people who are most likely to pass on the virus, and are valuable when used with other public health measures such as continued attention to hands-face-space among those who test negative,” said Professor Iain Buchan, Dean of Liverpool’s Institute of Population Health. “Most people infected with SARS-CoV-2 are contagious for a short period of time relative to their overall PCR positivity. The clinical test performance of PCR has been confused with the public health test performance of lateral flow in some reports, which we clarify in this article.”

“As a number of countries around the world, including the United States, assess applications of rapid antigen testing, accurate interpretations of the UK’s data is of immense global importance,” added Dr Michael J. Mina, Assistant Professor at Harvard University’s T.H. Chan School of Public Health.