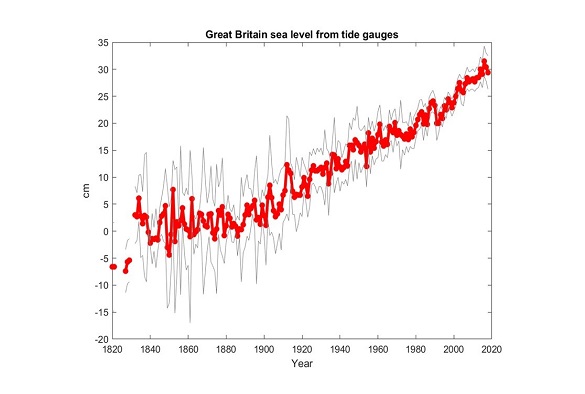 A study published by University of Liverpool scientists, alongside colleagues from the Liverpool branch of the National Oceanography Centre, has uncovered and analysed new sea level records from the nineteenth century which confirm that the acceleration in the rate of British sea level rise took place from 1890 onwards.

Nowadays, sea level measurements around the British Isles are made by tide gauges which record digitally and transmit the data automatically. The best of these records are fed into the Permanent Service for Mean Sea Level (PSMSL) which brings together the long, reliable tide gauge records from around the world.

However, in the nineteenth century the only long tide gauge records for Britain which stretched back beyond 1895 were from Aberdeen, Liverpool and Sheerness, and of these only Sheerness has records from before 1858.

None of these records is continuous, and it is not clear whether they represent the sea level of Britain as a whole, but they suggest that there was little in the way of British sea level rise prior to 1890.

Now in a paper published in the journal Progress in Oceanography, Liverpool researchers have for the first time produced a continuous sea level rise record for Britain dating back to 1820 by piecing together new sources of information from more than 100 new sites. 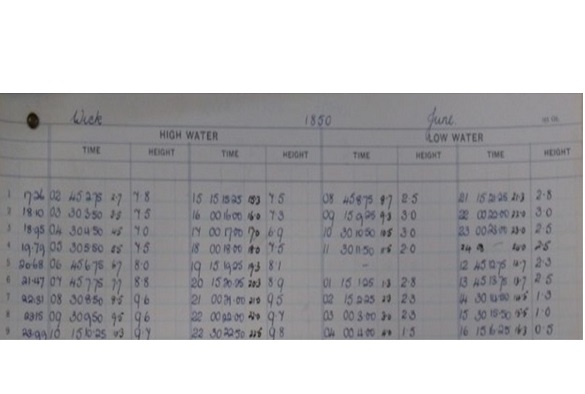 This new information was then digitised and analysed alongside existing data records and information. This involved meticulously checking and interpreting thousands of numbers from new and existing sources to check they were correct and consistent.

University of Liverpool PhD student Peter Hogarth led the research. He said: “Many of the new records that we have discovered are short but crucially, by finding the documented links to benchmarks and levelling between benchmarks, it has proven possible to knit them into one long record.

“This new data independently confirms the lack of sea level rise before about 1890, with a rise of about 20 cm over the 20th century, linking up to the present rate of over 3 mm/yr.”

Professor Chris Hughes, a co-author on the research, said: This painstaking work has shown the value of “data archaeology”, in which old records are rescued and digitized, with careful interpretation to ensure the quality of the data. There are many more sources of data still to be rescued. For example, there are years of tide gauge data from Liverpool and nearby Hilbre Island, which exist only in manuscript form. Anyone can help with the rescue of these data by visiting the web page: https://www.zooniverse.org/projects/psmsl/uk-tides.” 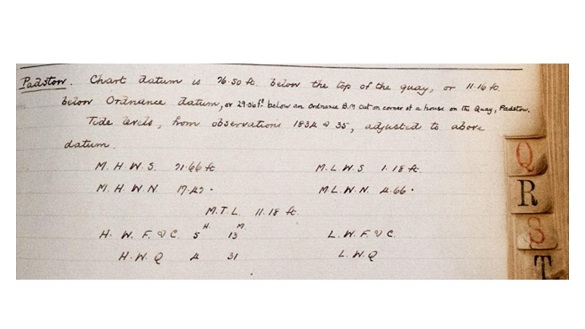