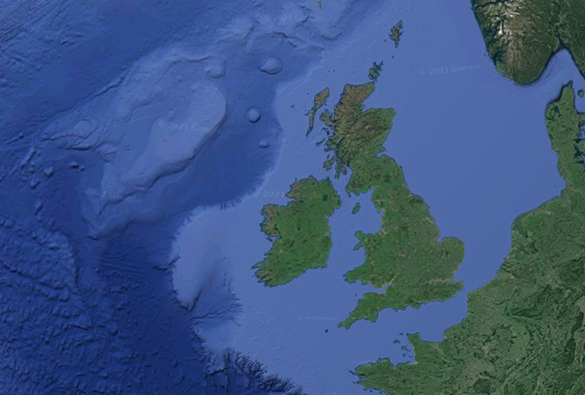 A new online resource, launched today by the University of Liverpool’s Institute of Irish Studies with support from parties across the political spectrum, will seek to provide a space for pro-Irish Unity and pro-Union voices to debate the future of the island of Ireland, and the UK.

Director of the Institute of Irish Studies, Professor Peter Shirlow FAcSS, worked with Civic Space to develop the platform, which features multimedia, comment and discussion from the public – as well as leaders and influencers, including Sinn Féin’s Mary Lou McDonald and Northern Ireland Health Minister, Robin Swann.

Professor Shirlow said: “This digital platform broadens the debate and shows that within both perspectives there are robust and evidenced arguments for constitutional change or otherwise.

“It highlights how the Good Friday Agreement shifted society into an acknowledgement of co-dependency in terms of the future, a capacity to debate across the divide and, more importantly, to be heard.

“This initiative will help frame how debates could and should be conducted through evidence-led approaches and inter-community consultation.”

The new platform, which will be continually added to and developed, already boasts 20 podcasts, 80 blogs, videos and policy papers, 30 voxpops featuring citizens throughout the island; and two animations representing the differing perspectives. The platform includes Ireland’s Future, Shared Ireland Podcast and pro-Union voices.

It launches with glowing support from across the political spectrum, in Ireland and Northern Ireland.

“This initiative by the Institute of Irish Studies at the University of Liverpool and Civic Space is unique by collating opposing views into a single digital place, and I welcome that innovation.

“Sinn Féin has contributed to the online material of this new digital platform and will add to it in the time ahead as the debate continues to build apace.

“I look forward to reading, engaging with, and hearing the views of others through this new platform, and wish the initiative every success.”

“I congratulate Professor Peter Shirlow and his team on what is a significant contribution, not just to the constitutional debate in Northern Ireland, but also in providing a snapshot of opinion in Northern Ireland in its centenary year.”

A spokesperson for the Progressive Unionist Party (PUP), said: “This new digital platform displays the diversity, colour and complexity of Northern Ireland in a new and fresh way.

“The PUP is pleased to contribute. We hope everyone with an interest in the future of the island will dip into this smorgasbord of informed opinion.”

Colum Eastwood leader of the Social Democratic and Labour Party (SDLP), said: “There are conversations happening across our island about the possibilities of a New Ireland. There is a responsibility for those of us who believe in constitutional change to fully engage in an honest and meaningful way.

“It is welcome that the University of Liverpool has developed this important online resource and the SDLP looks forward to engaging fully with the Civic Space platform.”

Professor Peter Shirlow, whose previous research strongly suggests the sectarian divide is receding among voters and being replaced by societal concerns, added: “Our aim is to locate voices and opinions, and to present differing perspectives side by side.

“In doing so, we get beyond rudimentary ideas about the future and show the depth and reasoned commitment of both views. Ultimately, we hope to facilitate a capacity to listen, and for each perspective to understand commitment to dialogue.”

Find out more by visiting Civic Space, at www.liverpool.ac.uk/irish-studies/civic-space/