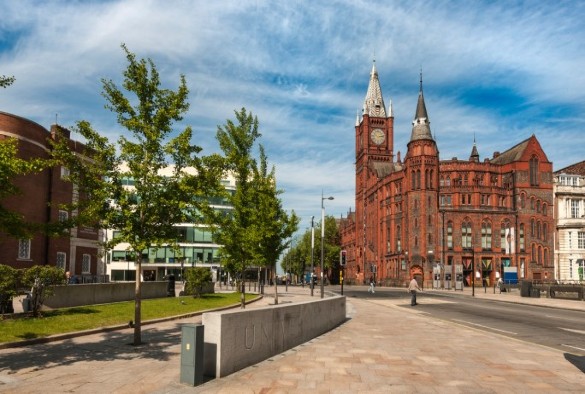 The University of Liverpool is currently engaged in the formal process of collective consultation with trade unions about the proposed redundancies in the University’s Faculty of Health and Life Sciences (HLS) as part of Project SHAPE.

The University has maintained confidentiality around the proposals being discussed within collective consultation, but given the inaccuracies circulating publicly about these proposals, we have decided to release further information on the key issues being discussed.

The project to restructure HLS has been carefully considered over an 18-month period, during which we have engaged comprehensively with colleagues. The primary aim of this exercise is to focus on increasing academic quality and the societal impact of the Faculty’s research and expertise which requires significant investment. The Faculty’s financial performance, which was poor before the pandemic, now requires urgent attention and we must make our research more sustainable and create headroom within budgets in order to re-invest. The first phase of the project created four new institutes and four supporting directorates. Following a pause necessitated by the pandemic, we are now engaged in the second and final phase of the project and collective consultation with our campus trade unions began in February 2021.

At the start of these discussions, the phase two proposals had the potential to affect 47 academic colleagues in total. However, no definitive target for the total number of redundancies has been set, since the collective consultation process is intended to identify opportunities to mitigate and reduce the impact of these proposals, where possible.

We are aware that concerns have been raised about the methodology used to inform the proposals. Specifically, these include claims that the proposed criteria are in breach of the San Francisco Declaration of Research Assessment (DORA), to which the University is a signatory.

The University strongly refutes these claims, which in no way reflect the detailed consideration that has been given to the difficult process of identifying individuals who may be placed at risk of potential redundancy. We have adopted criteria that are fair, reasonable, non-discriminatory and take account of the many different ways in which individuals contribute in their roles.

DORA does not preclude the use of metrics, but sets out principles to prevent the inappropriate use of metrics. The University’s own, transparent guidelines on the responsible use of metrics, reflecting the aspirations of DORA, can be found here. The proposals put forward in this instance are consistent with this approach.

A wide range of measures and factors were considered. Firstly, we used a measure of research income over a five-year period to identify colleagues who may potentially be placed at risk of redundancy (although it should be noted that anyone employed at or below 0.2FTE, or who was appointed or promoted later than 2016, was not in scope). At this point, a range of factors that might remove colleagues from the pool of those potentially at risk were considered, including the contribution of positive citation metrics where appropriate. We did not use weak citation metrics to identify those at risk of redundancy, and would not endorse such an approach. Recognition was also given to other indicators including impact case study authorship, leadership contribution and membership of external bodies.

The University also strongly refutes any allegations of discrimination within this process. Our list of mitigating criteria included those with reduced working hours, those working part time because of caring responsibilities, maternity, paternity and adoption leave and long term sickness absence. Our analysis looked back over a five-year period and consideration was given to activity pre and post pandemic. Further mitigation will be considered during individual consultation.

This rounded assessment led to identifying colleagues whose roles are now potentially in scope of the proposals. We recognise this is extremely difficult for those affected and we aim to use this period of collective consultation to mitigate the potential impact. We are continuing to engage with our campus trade unions with the aim of reaching agreement about ways to mitigate and avoid redundancies, and will continue to pursue open and constructive dialogue.

Once again, we would like to stress that we do not make proposals of redundancies lightly, and we are working hard to limit the impact that the proposals will have upon our staff and students. We fully understand that news of proposed redundancies is upsetting and unsettling for colleagues and we are continuing to answer questions, allay concerns and offer support and guidance wherever it is needed. These are extremely difficult decisions, but ones we need to make in order for our faculty to prosper and realise its potential to significantly improve the health and wellbeing of Liverpool’s residents.