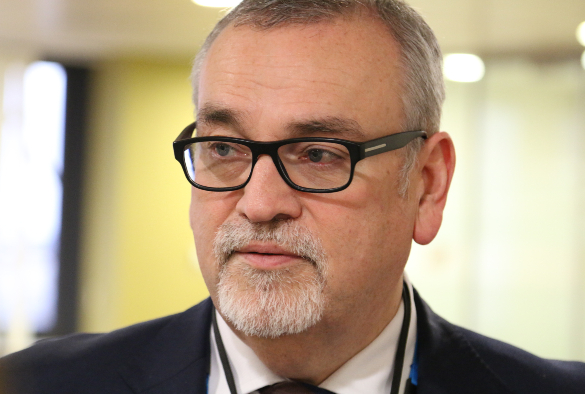 Professor Rafferty has led Mersey Care since 2012 and was instrumental in them becoming the first mental health trust in the country to publicly commit to a zero suicide policy in 2015.

He also co-formed the Zero Suicide Alliance (ZSA) in 2017, a national collaborative of NHS Trusts, businesses and individuals who are all committed to improving suicide prevention and raising awareness of the free training they have developed.

Professor Rafferty said: “I’m absolutely delighted to be awarded this. Mersey Care has always tried to work closely with local universities, so this honorary professorship feels like recognition for all my colleagues at the Trust who have worked alongside academics both in research and with joint initiatives.

“I believe the University of Liverpool and Mersey Care are natural bedfellows in that they are both committed to understanding how our population is affected and learning lessons from how we deal with challenging situations like the COVID-19 pandemic.”

Professor Iain Buchan, Dean of the Institute of Population Health, said: “I am delighted to welcome Professor Joe Rafferty to the University of Liverpool.

“It has been a particular pleasure working with Joe in Liverpool’s pandemic response – a great civic partnership, working without organisational boundaries to tackle COVID-19, speaking to the heart of the University’s founding principles.

“Joe combines a long and distinguished career in NHS management with a scientific background that is highly apparent in working with him on strategic projects for the local population, requiring a smart blend of education, learning, research and practice, for example in the Combined Intelligence for Population Health Action (CIPHA) system.

“The Institute of Population Health welcomes Joe to our family as we push the boundaries of intelligence-led population care, embedded in, and responsive to the needs of, the public we serve.”

Before joining the NHS, he had a successful career in cancer research, publishing over 50 Peer reviewed publications.