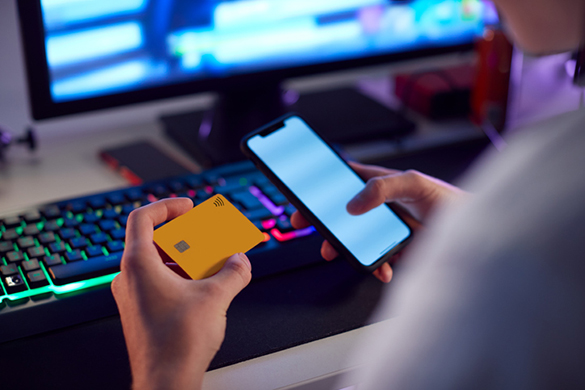 New interim findings from research conducted by the National Centre for Social Research (NatCen) in collaboration with the University of Liverpool’s Professor David Forrest and Professor Ian McHale detail for the first time the gambling habits of 140,000 active online gambling accounts.

The research, which looked at the use of active ‘gaming’ and betting accounts between July 2018 and June 2019, was commissioned by GambleAware to improve understanding of the online gambling market.

It is the first time a dataset containing this level of detail on online gambling transactions has been collated for research purposes. The results show thata large majority of active online gambling accounts in the UK spent relatively low amounts and were used infrequently throughout the year, while a small proportion of accounts were used extensively and generated substantial losses.

As a result, a small proportion of accounts accounted for a large proportion of gross gambling yield (GGY) –the amount retained by operators from customer stakes after the payment of winnings but before the deduction of the costs of the operation.

Key findings from the interim research:

Researchers also looked at the use of safer gambling tools. Around 4% received contact from an operator for the purpose of ‘social responsibility’, with the vast majority (84%) of those contacts being made by email.

Among safer gambling tools, deposit limits were most widely used by account holders.

Around a fifth (21.5%) set deposit limits, whereas, self-exclusion was applied to 2.3% of accounts.

Commenting on the research, Dr Sokratis Dinos from NatCen said: “This research was able to analyse and assess an unprecedented source of information on how people in Great Britain gamble and opens up numerous opportunities to further understand people’s gambling habits. These interim findings are just the first stage and future research will provide a greater opportunity to understand the risk factors associated with gambling behaviour.”