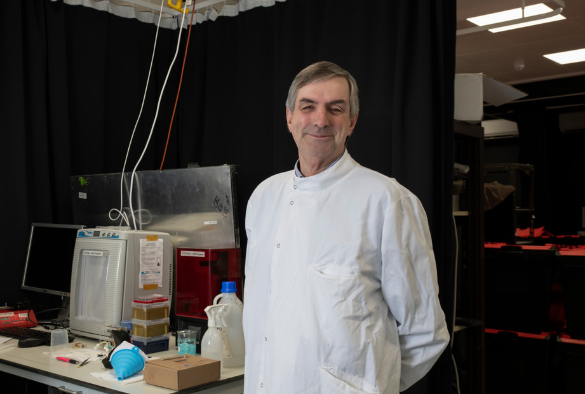 Professor Malcolm Jackson has been awarded the highest honour in the field of free radical research.

The Trevor Slater Award is the most prestigious accolade bestowed by the Society for Free Radical Research International in recognition of a member who has made an outstanding contribution to the field. Named for the founding member of the society, Trevor Slater, the award has been given to some of the world’s most successful and enterprising researchers.

Professor Jackson, who is based in the University’s Institute of Life Course and Medical Sciences, has been a member of the society since 1982 and is recognised for making a sustained contribution to the field of Reactive Oxygen Species (ROS) over four decades, including 300 peer reviewed journal articles, book chapters and scientific reviews and his research is frequently quoted as seminal.

The award comes 35 years since Professor Jackson showed exercise increased ROS in muscle – an extremely highly cited paper and flagged as a turning point for ROS and Muscle – a discovery which continues to shape the focus and direction of research today.

He was nominated by Dr Michael Reid (Florida), Professor Jose Vina (Valencia) and Professor Anne McArdle (Liverpool) with the support of hundreds of international colleagues, researchers and clinicians in the field of free radical research.

Professor Jackson received the award after his award lecture at the virtual 20th Biennial meeting for the Society for Free Radical Research International (SFRRI2021) on 15 March 2021.