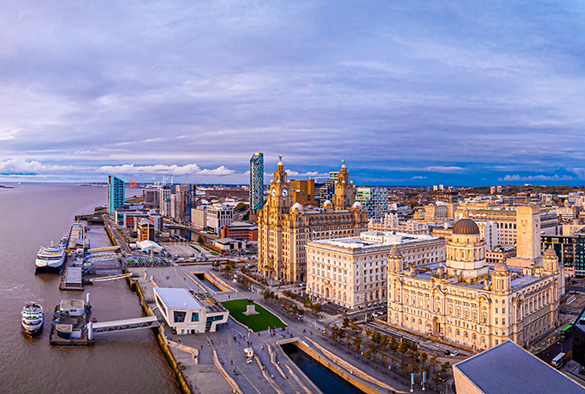 Professor Michael Parkinson CBE is the author of 1985’s Liverpool on the Brink and Liverpool Beyond the Brink in 2019, and Ambassador for the University of Liverpool’s Heseltine Institute for Public Policy, Practice and Place

Liverpool City Council received a devastatingly critical Best Value Inspector’s report commissioned by the Secretary of State into the way planning, highways, regeneration and property management has been run in recent years.

The report followed a police investigation and the arrests of several prominent people in Liverpool, including its elected mayor on suspicion of fraud, bribery corruption and misconduct in public office.

The language of the Secretary of State introducing the report in Parliament was absolutely brutal – apocalyptic almost. Its tone might still backfire. But the report’s criticisms are many and serious, ranging from incompetence to corruption.

The council risks losing the trust of its residents and businesses. There is real risk of reputational damage to all of Liverpool – not just the council. The city has been in the news for all the right reasons in recent years. It is now in the headlines for all the wrong reasons.

This is a very challenging, depressing moment for the many of us who work in, live in and care for Liverpool. But like the city council itself, we should not seek to deny the criticisms but work to address them.

Despite the bad news, there are some grounds for optimism. First the city council is not in denial – far from it. The leadership instantly accepted the criticisms and vowed to put them right. Second, they have been given the chance to do so. The government has not used the so-called nuclear option of sending in Commissioners to take over the whole city. Instead, Commissioners will be sent to Liverpool to support the officers in this one area of the council’s work where they found most problems. It is not clear Government had either the appetite or indeed capacity to take over a big city, especially one as complicated as Liverpool. There are too many political risks – as well as the risks of government itself failing to deliver. But it is still a let-off for the city. Even though this level of involvement might one day return to haunt the government.

Crucially, the criticisms were of one specific part not the whole of the city council. Its other services and officers – adult services, children’s services, education, culture – were exonerated in the report and by the Secretary of State. In fact, the root cause of the problem is placed at the door of a tiny number of people now under criminal investigation and no longer employed by or leading the Council. The Chief Executive and his current senior officers clearly have the trust of government. The report is at great pains to praise him for starting the process of change. They believe he can deliver it and say the Commissioners are to give him extra support. In that sense the problem although serious is in part historic. The council now has the chance to wipe the slate clean.

Also, the scale of the development problem has to be appreciated. The report mainly focussed on a number of small-scale projects and contracts with local developers. It did find significant failings. But in recent years the city has had billions of pounds of quality investment by international and national investors across a wide range of economic sectors which are not of concern.

…if some political risks

However, since the city council does have to deliver real improvement quickly the complexities of politics in Liverpool will become more crucial and could muddy the waters. The recent intervention of the national Labour party means that virtually all the current or prospective political party and independent candidates for the Mayoral election in May might lack experience in running large

political or business organisations. This could make delivering improvement – as well as plotting a route out of the pandemic – more challenging. The future of an elected Mayoralty itself may well be in doubt. And even with the best will in the world, uncertainty about the precise role that the Mayor, councillors, officers, Commissioner’s and the Secretary of State will play in decision-making in the next 3 years could make accountability for decision-making in the city even less transparent. Ironically such a lack of transparency was one of the report’s primary concerns. As ever, Liverpool is doomed to live in interesting political times.

Liverpool is not back in the 1980s for three important reasons. First the city’s economy was much more vulnerable then. Second its Labour party then was determined to bankrupt the city, to challenge the Thatcher government and create socialism in one city. Despite its internal tensions, this one is not. Third, most crucially the city council then was at war with the private sector. By contrast this city council is far from friendless but has the goodwill and support of a wide range of businesses who want and need it to succeed.

Anyway, the currently wounded city council, is only one part of the recent Liverpool economic renaissance. As my ‘Liverpool Beyond the Brink’ showed the city has had a fantastic transformation in the past 20 years – despite some continuing social and economic challenges. World leading companies have made major investments. It has a transformed waterfront, a booming port, a massive visitor economy, a hugely improved business district, a far better retail offer, a rapidly developing Knowledge Quarter, expanding advanced manufacturing and life science sectors, a hugely successful cultural offer. The Universities are growing and are more engaged in city regional affairs. After a dramatic decline, Liverpool city’s population is growing again – up 50,000 in this century, faster than the nation in recent years and predicted to be half a million by 2020. It is also becoming younger and more ethnically diverse – a real break with the recent past. Of course, the COVID Pandemic has raised questions about the future of its visitor economy and underlined many of the city’s internal social challenges. But the government thinks Liverpool did very well in the COVID crisis. In particular its public health sector and system was an exemplar for the rest the country. The sector itself is a huge potential source of growth and economic contribution in the future, particularly in the city’s booming Knowledge Quarter.

So where are going? Bump in – but absolutely not the end of – the road for Liverpool

This is a difficult time. There will be short term reputational political and public damage. But we should remain confident about Liverpool’s future. The extraordinary renaissance of the city in the past 20 years, as well as its wider history, shows its people do have a way of finding their path. Liverpool and its economy are bigger than Liverpool City Council, however important that is.

Most crucially, the economic fundamentals, longer-term economic performance and potential of Liverpool and its wider city region have not been undermined by the current city council political and organisational travails. The case for support for and investment in Liverpool remains powerful. This a bump in the road – a big one and unwelcome one – especially for the city council. But it is absolutely not the end of the road for the city of Liverpool. It has made too much progress, has too much to build upon, has too much quality investment still coming and too many people and partners determined to make the place succeed. Carpe diem!