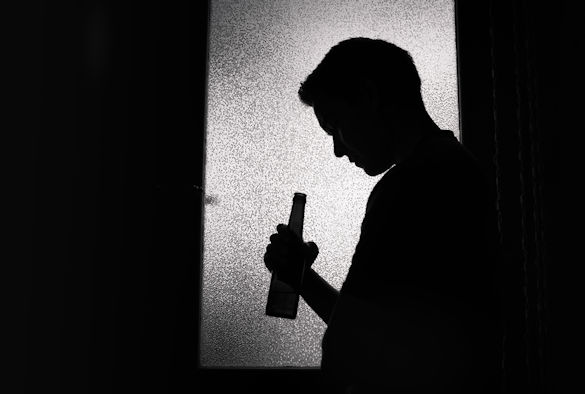 A new paper from the University of Liverpool and King’s College London, comparing post-traumatic stress disorder (PTSD) and harmful drinking in male members of the UK Armed Forces and the UK Police Service, has found similar rates of probable PTSD but higher rates of harmful alcohol use in military personnel.

Military personnel and police employees are occupational groups trained to work in high pressure and potentially traumatic situations, increasing the risk of PTSD and possibly maladaptive coping responses, such as harmful drinking. Both organisations have a culture of drinking, as alcohol has historically been used to increase social bonding or to destress.

First author and PhD student Patricia Irizar, University of Liverpool, said: “We found much higher rates of harmful drinking in military personnel than in police employees, possibly due to a more prominent drinking culture in the military and/or unique operational experiences.”

Joint first author Dr Sharon Stevelink, Senior Lecturer in the Department of Psychological Medicine at King’s College London, said: “The similar levels of probable PTSD in military personnel and police employees are comparable to the levels in the general population. This could reflect efficient trauma support and training, or a sampling bias due to those with mental ill-health leaving service.”

Principal Investigator for University of Liverpool, Dr Laura Goodwin added: “The higher levels of co-occurring PTSD and harmful drinking in military personnel, highlights the importance of integrating alcohol and mental health support for this group.”

The full paper is available here.