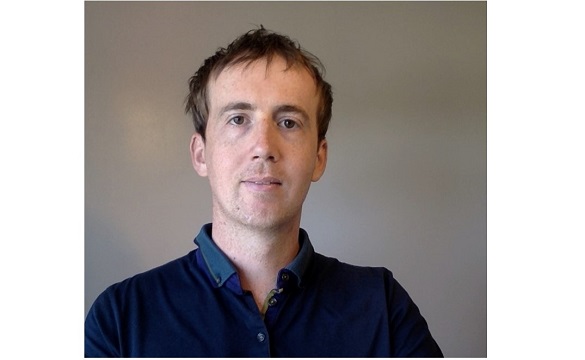 “The foundations of modern physics are built on two pillars, Einstein’s theory of Special Relativity and Quantum Mechanics, both formulated a century ago. These have underwritten much of the technology and scientific development around us from medical scanners to nuclear power and even the internet.

The power of these two great theories has grown, from their first synthesis by Feynman and others, into the Standard Model (SM) which describes almost all phenomena, with the exception of gravity. Fundamental to the SM are particles called electrons, which orbit in atoms, and are at the core of every electrical device we possess.

Electrons form part of a family of similar particles labelled leptons. The lepton family includes short-lived particles called muons which are predominantly found in cosmic rays (rather than atoms) and many tens of which pass through your body every second.  Leptons are crucial to our understanding of the world around us and provide particularly elegant ways of testing the SM.

One of the most powerful SM predictions is related to the “spin” of the leptons. It has long been known that a circulating magnetic current (André-Marie Ampère, 1775–1836) produces a magnetic field. A small current loop will act like a tiny bar magnet aligning itself North-South along the Earth’s magnetic field.

The strength of this “bar magnet” is related to what physicists call its magnetic moment. The faster the charge circulates in the loop the stronger the magnetic moment. The leptons are charged and possess a fixed quantum mechanical property called spin and, just like the small current loop, exhibit a magnetic moment.  The numerical relationship between the spin of the leptons and their magnetic moment is linked via a number called the g-factor and was originally thought to be exactly equal to 2 for electrons and muons.

As the SM has evolved, generations of leading theorists, starting with Julian Schwinger and Richard Feynman in the 1950s and 1960s, have developed our understanding of the SM. We have learned that there is a small correction of the g-factor from 2 for the muon and that this can be both predicted and measured experimentally.

The FNAL g-2 experiment, one of the most precise experiments ever conducted in particle physics, is the latest in a long line of experiments to study g-2. One of the first, in 1957, was conducted at Liverpool University’s own facilities and reported the first measurement of the anomaly that was in line with the existing theoretical predictions. Later generations of g-2 experiments were conducted (initially using the Liverpool technique) at CERN. Until today’s result, the last analysis was completed in 2004 when the Brookhaven National Laboratory (E821 Experiment) reported the probability that the g-2 measurement was consistent with the SM theory was less than 1/1000.

This has been a long-standing, and many regard it as the only, predictive shortcoming of the SM. It was sufficiently important that the US particle physics community prioritized an updated, higher precision version of E821 which was funded by the US Department of Energy in 2013 and was headed by Professor Lee Roberts (Boston University), leading physicist in E821.

Roberts and his colleagues have dedicated almost three decades of their careers in pursuing the physics of the muon in an attempt to understand what lies beyond the Standard Model. Physicists from both the Physics and Maths Department at the University of Liverpool to joined the new  g-2 experiment in 2014, bringing the study of muons back home after over 60 years. Our UK leading muon programme continues with involvement in experiments at Fermilab, CERN and the Paul Scherrer Institute (Switzerland), as well as  the international Theory Initiative for g-2.