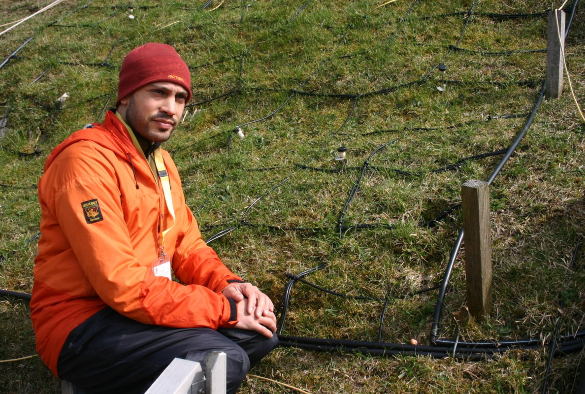 Dr Raj Whitlock, a Senior Lecturer in the University’s Institute of Infection, Veterinary and Ecological Sciences, is a 2021 recipient of the Ecological Society of America’s (ESA’s) prestigious George Mercer Award.

The award recognises an outstanding, recently published, ecological research paper written by younger scientists. Dr Whitlock and collaborators were recognised for the paper Disentangling the abundance–impact relationship for invasive species, which was published in the Proceedings of the National Academy of Sciences in 2019.

The ESA highlighted that the research identified a novel general pattern that likely could not have been discovered or confirmed except via meta-analysis and that the findings are valuable for managers, who need to decide whether it is worthwhile to attempt eradication of undesirable invasive species.

Dr Whitlock said: “Having our work recognised by the George Mercer Award is absolutely fantastic, especially since this is the first time that this award has gone to a meta-analysis.

“The paper was the result of a team effort by an international group of collaborating scientists over several years. My main role in the research was to set up the analytical framework that allowed us to assess non-linear responses to invasive species using meta-analysis.

“Importantly, this research was relatively low cost, needing only support for in-person meetings and for data-extraction. Low-cost research work, including data synthesis and meta-analysis, continues to make an extremely important contribution to science, and it’s great to have that recognised in this award.”