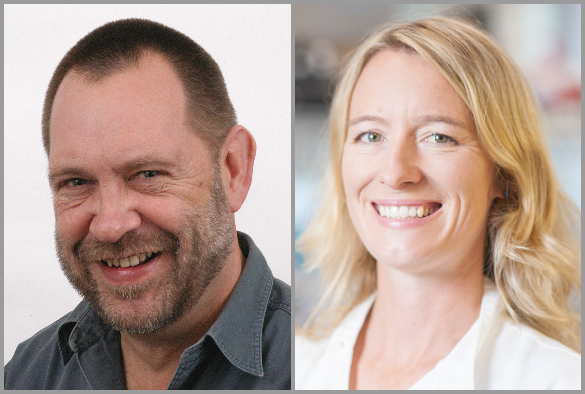 Two University of Liverpool researchers are amongst those to be recognised in this year’s Royal College of Veterinary Surgeons (RCVS) Honours and Awards.

Emeritus Professor Stuart Carter has been awarded Honorary Associateship of the College, a prestigious honour conferred on a small number of lay people each year, in recognition of their special contribution to the veterinary sphere.

Professor Carter is Emeritus Professor of Veterinary Pathology at the Institution of Infection, Veterinary and Ecological Sciences, and has worked at the University since 1985.

His nominator is Amy Gillespie, a PhD student at Liverpool and European-recognised Specialist in Bovine Health Management, who said: “Stuart has advanced veterinary medicine greatly with achievements in wide and varied fields. From the first isolation and characterisations of dromedary camel immunoglobulins to deciphering the cause of fatal foal immunodeficiency (Fell and Dale Pony Syndrome). His work into the latter led to the identification of both causal immunological defects and the responsible gene mutation, enabling development of a carrier test which has led to the virtual eradication of this disease.”

Professor Mandy Peffers is one of two recipients of this year’s Inspiration Award, which is bestowed upon a veterinary surgeon or veterinary nurse at any stage in of their career who has demonstrated the ability to inspire and enthuse others consistently throughout.

Professor Peffers is a Wellcome Trust Clinical Intermediate Fellow in Musculoskeletal & Ageing Science at the Institute of Life Course and Medical Sciences.

Her nominator is Eithne Comerford, Professor of Small Animal Surgery at Liverpool, who nominated her colleague for taking a ‘quantum career leap’ of being a practising veterinary surgeon balancing work and family commitments to entering academia as a Wellcome Trust researcher. In her nomination, Professor Comerford said: “In my opinion, this non-traditional career path and trajectory is truly inspirational as after having a family and established job, Mandy made a decision to try something completely different in her career which has resulted in her being a stellar academic success influencing and impacting so many people in our and allied professions.”

Dr Mandisa Greene, RCVS President, said: “I am so impressed by the breadth and depth of the awards nominations that we received this year which demonstrate the very best that the veterinary professions have to offer.”

A formal awards ceremony will take place on Thursday, 23 September 2021.