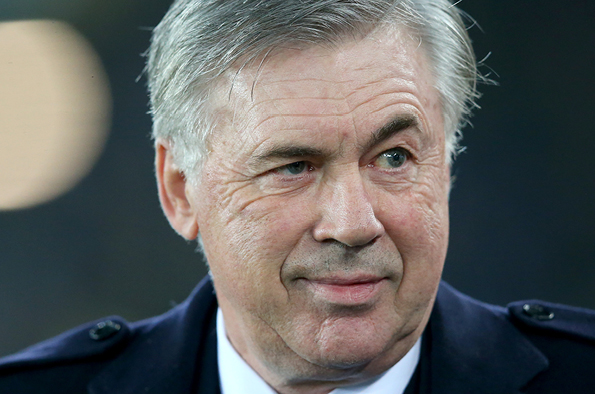 Current Everton Football Club manager, three-time Champions League winner and one of the most distinguished operators in global football today, Carlo Ancelotti will deliver the University of Liverpool’s annual Lucrezia Zaina Lecture, as it marks its tenth anniversary.

A native of Reggiolo in northern Italy’s Emilia-Romagna region, Carlo Ancelotti began his career in football at his home town club, before earning a move to Serie C/A side, Parma for whom he went on to help secure promotion to Serie B.

There followed a spectacularly successful playing career at the top end of the Italian game, with spells at Roma, where he won Serie A and four Coppa Italia titles; and at AC Milan where he added two European Cups and another two Serie A titles to his medal collection, as well as being capped 26 times by Italy.

His move into football management continued the success he enjoyed during his playing career.

Carlo Ancelotti is one of only three managers to win the Champions League three times, one of only two to have managed across four finals; and he has won domestic titles in all the major European leagues, in Italy, England, France, Spain and Germany.

Now manager of Everton Football Club, he has overseen a resurgence in the club’s form and they now sit just outside the Champions League places, with the possibility of a return to Europe very much on the table.

Together, they will discuss Carlo Ancelotti’s football career, from Reggiolo to Everton, and also consider how the sport intertwines with Italian national identity and culture.

Subject Lead for Italian Studies and Lecturer in Italian at the University, Dr Rosalba Biasini, said: “Football plays an important role in Italian culture and society, as well as in the Italian national identity, and it is a pleasure to host a global icon for Italian and world football, now based in the city area of Liverpool, to mark the tenth anniversary of the Lucrezia Zaina Lecture.

“An international sportsman and manager, Carlo Ancelotti remains attached to Italy, its culture and traditions, contributing to disseminating Italian excellence around the world.”

The annual Lucrezia Zaina Lecture is funded by a generous legacy bequest from Lucrezia Zaina, who lectured in French and Italian at the University between 1964 and 1988.

Italian has been taught at the University since 1881 and now sits in the Department of Modern Languages and Cultures.

The Lucrezia Zaina Bequest: In Conversation with Carlo Ancelotti takes place online from 6 – 7.30pm on Thursday 29 April 2021. Booking is essential. To find out more, and book your slot, please visit www.liverpool.ac.uk/events/event/?eventid=98476