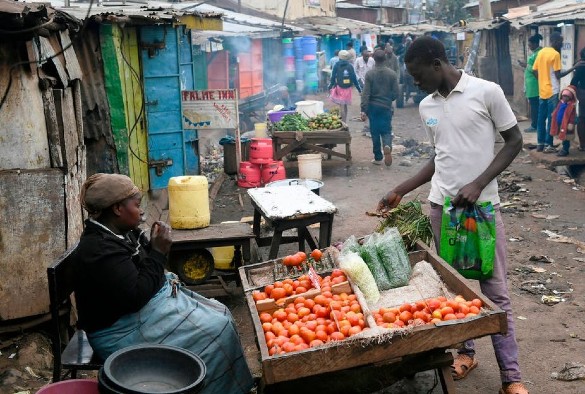 This article by Matthew Shupler, Postdoctoral Research Associate in Environmental Public Health and Dan Pope, Professor of Global Public Health was first published by The Conversation.

Prior to the COVID-19 pandemic, it was estimated that 85% of people living in Nairobi’s informal settlements were food insecure. This means they could not afford to pay for sufficient quantities of food. Food insecurity was mainly caused by poverty due to high rates of unemployment.

The COVID-19 pandemic has made matters worse for the over two million people living in the city’s informal settlements – about 56% of the capital’s population. Because families are not growing their own food in such urban areas, paid work is crucial to ensuring they purchase enough to eat. Unfortunately, over a million Kenyans lost their jobs and livelihoods under measures imposed by the government to curb the spread of the corona virus. These measures include lockdowns, curfews, business closures and travel restrictions.

At the end of 2019, just before the COVID-19 pandemic, we surveyed approximately 200 families living in Mukuru, one of the largest clusters of informal settlements in Nairobi, to determine the energy sources they used for cooking. In April 2020, after the first national COVID-19 lockdown in Kenya began on March 25th, 2020, we followed up with the same households via telephone. This time we asked respondents about the effect of the lockdown on their ability to feed their families and if they changed the type of fuel they used to cook their food.

Our findings were worrying. Many people surveyed had lost their jobs and could not afford clean cooking fuels, such as liquefied petroleum gas (LPG), which emit lower levels of air pollution. They switched to cheaper – but higher pollution risk – cooking fuels such as wood and kerosene. Also, due to a loss of income, some households opted for cheaper foods, or conserved their cooking fuel by preparing smaller meals and therefore ate less.

These results show that household energy is a substantial expense for many families who lack access to modern energy services, such as electricity or LPG. The high cost of cooking fuels and also insufficient energy infrastructure in informal settlements forced them to make difficult financial decisions during lockdown about how much to spend on energy versus food.

Nearly all (95%) households surveyed reported a decline in household income during lockdown. One third (34%) indicated that no income was coming into their household. Nearly nine in ten households (88%) reported not having enough food to feed their families due to insufficient income during the lockdown.

The lockdown caused half (52%) of households to change the foods they cooked. These changes included reductions in consumption of meat or fish, milk or milk tea and bread or chapati (a type of flatbread). Diets generally became less diverse, consisting mostly of locally produced vegetables and ugali (maize meal). A small percent (8%) of households switched from buying their food in the market to farming and livestock as their primary food source. These dietary shifts may lead to nutritional deficiencies.

In some cases, more people were living in a single household during lockdown. This happened for various reasons, for instance, family members losing employment or boarding school closures. Having to cook for more people forced some households to shift to firewood so that they could prepare larger meals at lower costs.

In addition to changing their diets, a quarter of households using LPG prior to lockdown switched to a polluting cooking fuel in a bid to save money. Households switched to kerosene because it could be purchased in smaller amounts or they gathered wood for free off the side of the road in the community. The rate of wood use for cooking in the community increased by 9% (from 2% to 11%) during lockdown, while LPG use for cooking declined by 9% (from 34% to 25%).

Over four in five of households that switched from LPG to another cooking fuel reported preparing different foods during lockdown. Further, households that changed the types of food they cooked were twice as likely (56%) to cook less frequently than those that didn’t (26%). These families had lower income during lockdown and reverted to both using cheaper cooking fuels and preparing simpler meals that required less cooking time to minimise their spending.

Additionally, the proportion of households using LPG that paid more than 1,000 Ksh (US$9.10) per month to obtain their cylinder gas refills increased by 55% during lockdown. This increase in price may have been due to short term delays on imports that interrupted the supply chain, as LPG used in Kenya is imported.

COVID-19 has made it more difficult for the poorest households to cook with clean fuels. There are steps that can be taken by governments to buffer urban communities from being exposed to high levels of health-damaging household air pollution.

The Kenyan government should aim to increase the affordability of modern cooking fuels like LPG. This can be done by subsidising the cost of the fuel and stove equipment.

Additionally, increasing the number of LPG retailers in communities can make LPG more affordable by reducing travel time and transportation costs associated with acquiring cylinder refills when the gas runs out.

Swift action is needed to promote clean cooking during this time to help reduce both energy poverty and food insecurity.

This article is republished from The Conversation under a Creative Commons license. Read the original article here.