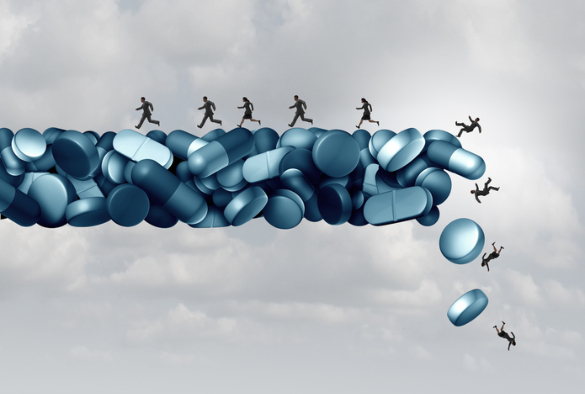 Professor William Hope is Dame Sally Davies Chair of AMR Research and Director of the Centre of Excellence in Infectious Diseases Research (CEIDR) at the University of Liverpool.

While pharmaceutical companies have “extraordinary knowledge” to develop antibiotics to tackle infection, imprecise use is creating antimicrobial resistance (AMR) and meaning some drugs are becoming less effective, leaving some patients without treatment options.

Professor William Hope says: “AMR is the one of the two great threats to humanity, the other is climate change. Antibiotics underpin modern society and without these drugs, society cannot go on as it is. It is a massive problem.”

He says a way to tackle AMR is to “keep replenishing the pipeline”, hold some drugs in reserve to use only when necessary and learn more about how populations respond to a drug.

Professor Hope’s group work focuses on antibiotics, drug resistance and how health systems respond to the threats they face, as well as precision therapy enabling “the right antibiotic at the right dose to be used for the right patient.” Funding is in place to establish a clinical unit to help prevent emergence of drug resistance and tackle it when present at an individual patient level.

A further stream of work looks at deployment of antibiotics at a city-wide or population level.

To control AMR, he says, more investment is needed in new drugs along with research on how they should best be deployed and better public education about AMR.

However, what is also important is the progressive adoption of the so-called de-linkage model of drug deployment as is currently being developed by NICE.

“Usually, pharmaceutical companies recover their investment from volume-based sales but for antibiotics, that is the opposite of what you want to happen; you want to use the drugs sparingly and precisely,” says Professor Hope, who is Dame Sally Davies Chair of AMR Research and Director of Centre of Excellence in Infectious Diseases Research, University of Liverpool.

The de-linkage model sees a society having a subscription to an antibiotic and buys the right to use them, irrespective of number of doses.

This must be combined with better research on how to deploy antibiotics at a population level and monitoring how ecosystems will respond.

“By the time we see emergence of drug resistance,” he continues, “it is often too late, so we need better ways to monitor in real time what is happening to antibiotics in communities and a way to deploy them in a more strategic way.”

His Centre is studying this by creating integrated secure dataflows across Liverpool which has enabled monitoring of the COVID-19 pandemic in real time. The idea is to extend that to enable researchers to study how a city responds to the introduction of a new antibiotic and use that information to benefit other healthcare systems.

When that is understood, you have a chance of figuring out how to deploy an agent so that it can be used sustainably and its clinical and societal benefit and value can be maintained.

He explains there are a range of ways that organisms can become resistant to antibiotics, but ultimately it is an underlying “fight for survival” from bacteria, viruses or fungi, against the drug.

“We have no way of really being able to understand how resistance may emerge but by the time resistance emerges, it is too late – the clinical utility of drug is compromised,” says Professor Hope.

“The consequences of failure to address AMR are that modern medicine will collapse; leukaemia will not be survivable, transplantation is unfeasible, surgery will become incredibly dangerous; and otherwise, trivial infections will become potentially life-threatening.”

This article was originally published by Global Cause and appeared in New Scientist. Read the original article.