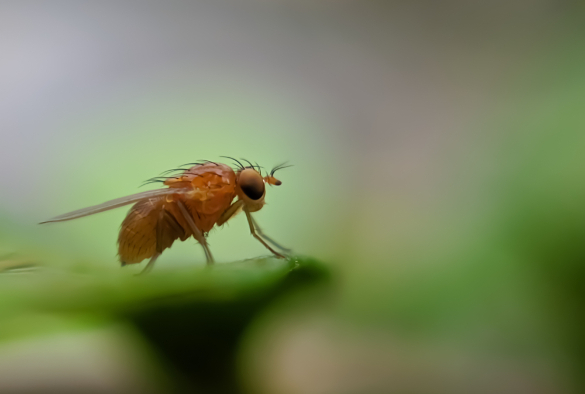 Technology that was first used to distinguish healthy tissues from cancerous ones in humans has been successfully used to identify insects.

Every year insect pests cause massive economic damage in agriculture and forestry, either by directly attacking crops or through the transmission of diseases.

Research by the University of Liverpool, in conjunction with integrated pest management leader International Pheromone Solutions (IPS), could have huge benefits for the food industry. The technique could enable growers and importers to identify pest insect species quickly and accurately.

The research was conducted by Liverpool PhD student Iris Wagner. She used a new analytical method called Rapid Evaporative Ionisation Mass Spectrometry (REIMS). REIMS is a real-time analytical method involving the rapid burning of the sample tissue that gives a ‘fingerprint’ based on the molecular composition of the insect.

For the study, the team of scientists first looked at five arthropod species, such as spiders and beetles. Once the team was confident of the technique, they focused on more closely related species of fruit fly (Drosophila spp.). Two of the species were closely related and their females morphologically highly similar, making typing using traditional methods, such as identification through morpho-taxonomic keys, very difficult.

REIMS could distinguish different species at the adult or immature stage as well as discriminating male from female – all critical information for growers who need to monitor and manage infestations.

According to Dr Sam Jones, Technical Director for IPS, DNA analysis is the current method of choice to identify very similar species. Of particular promise is the ability of REIMS to distinguish the immature stages (larvae) of many insect groups in seconds. This removes the need to rear immatures to adulthood as a prerequisite for identification.

Dr Jones explains: “It’s very exciting that we have found another use for REIMS. The problem this application overcomes brilliantly is in distinguishing species that are really difficult to identify even by experts. We thought REIMS could offer a rapid alternative to PCR tests and we found it worked really well which is a fantastic development. When you are talking about infestations that could devastate a crop and a livelihood, or a large shipping container of goods, every day becomes crucial, and a test that takes seconds allows many individual insects to be analysed.

“Very importantly it means we can quickly identify pests and then decide on a strategy. Some pests are more serious than others and, if you can correctly identify a pest or pests, this can aid decision making.”

PhD student Iris Wagner added: “I was surprised by the quality of the information that comes from burning an insect sample. Although complex, the learning algorithms were able to discern patterns in the data that we could not see manually and build successful classification models.”

The next phase of the study, subject to funding, is to look at how the technology might be applied for use in the field.

Dr Jones added: “It could be very beneficial if we could use the insect frass (faeces) from infested crops or larvae which are particularly difficult to identify. This would be particularly useful for ‘quarantine pests’ which is when imported goods have been infested. Sometimes you can’t see the actual pest – only the larvae, frass and the damage. It is important to rapidly identify the presence of any pests before they are able to escape and potentially proliferate – if the environmental conditions are suitable for this.”