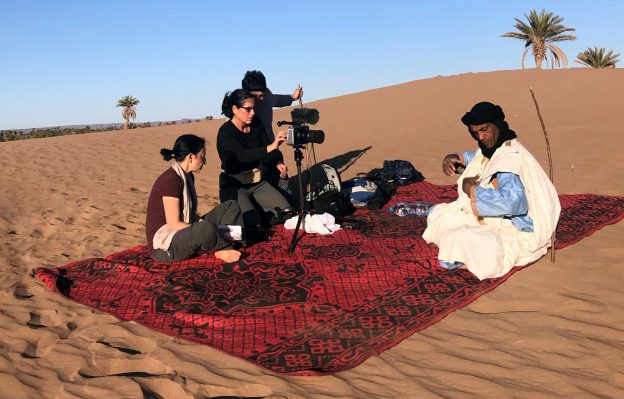 A film documenting the University of Liverpool School of Architecture’s restoration and recording project on the fringes of the Sahara was named 2021 Best Cinematography winner at the Golden Bridge Istanbul Short Film Festival.

The film, M’Hamid Oasis Morocco, was directed, edited and produced by First Year Tutor, Monika Koeck and features the work being undertaken by the School’s Centre for the Study of Architecture and Cultural Heritage of India, Arabia and the Maghreb (ArCHIAM).

Monika Koeck said: “I am delighted and honoured that our film M’Hamid Oasis Morocco won the Best Cinematography category, after being selected by an academic jury from 477 international submissions, all peer-reviewed.

“I was fortunate to be approached by Dr Giamila Quattrone and the ArCHIAM team, world-class researchers from the University, to be involved in this project in such a remote place in southern Morocco. Given the location – the Sahara Desert – the film work was challenging, but so rewarding. 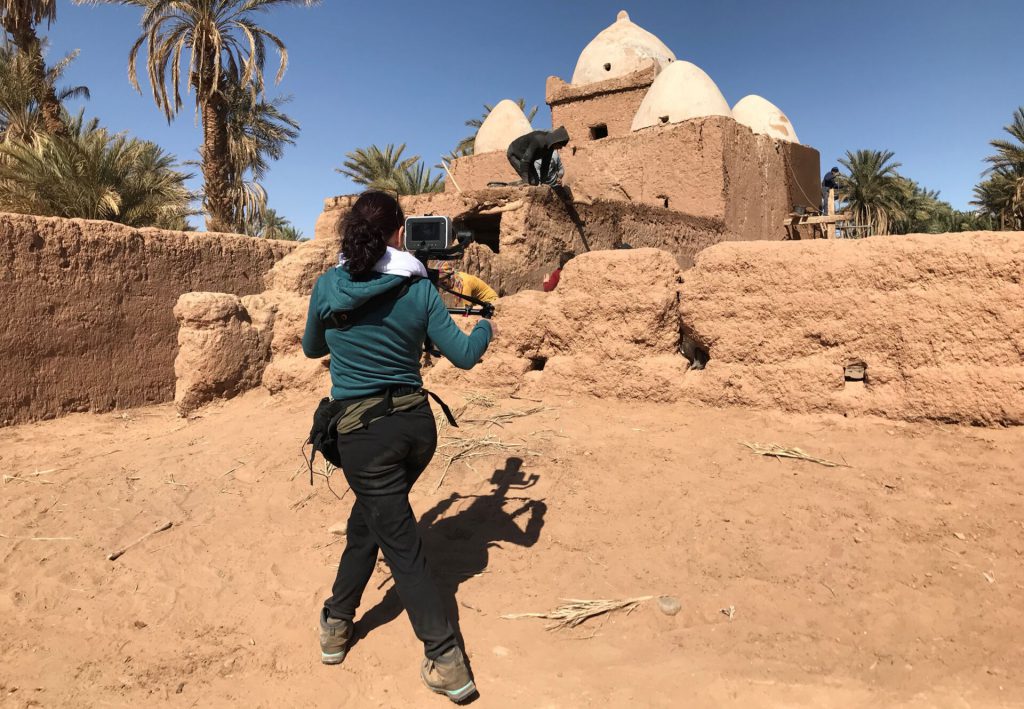 “My gratitude goes to the funders of the film, the University of Liverpool and the Barakat Trust, as well as to our partner, the Spanish NGO, Terrachidia, and, most importantly, to all the people of M’Hamid Oasis who welcomed us into their world and lives.”

Dr Giamila Quattrone, Principal Investigator of the project and Faculty of Humanities and Social Sciences Digital Heritage Sub-Theme Lead, said: “This award comes after a series of prestigious international accolades that are a recognition not only of Monika’s talent but also of the importance and timeliness of this project.

“More than 2,500 film views worldwide and the film’s inclusion in the February 2021 episode of the Archaeology Channel’s Strata Portraits of Humanity, distributed in USA over many TV channels with a potential viewing audience of millions people, are testimony to the global reach our work has attained so far.

“Through the film and the publication of Ouled Youssef. An Old Ksar in the M’Hamid Oasis our aim is to highlight the rich material and immaterial heritage of this place to as wide and diverse an audience as possible, and generate awareness of its cultural significance and struggle to survive desertification, sand dunes encroachment and abandonment. 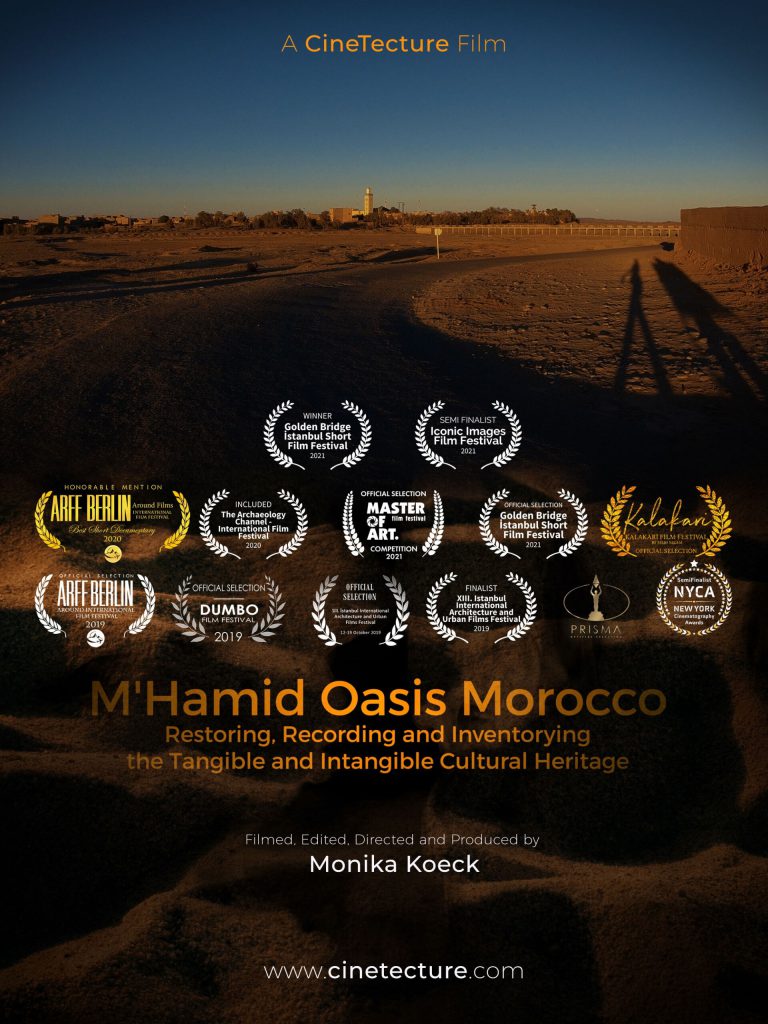 “We trust that, after watching the documentary and reading the book, more people will be encouraged to visit M’Hamid in the future, thus helping the local economy.

“We hope that government bodies, public and private organizations will realise the oasis’ tourism potential and support the implementation of sustainable, community-led heritage development initiatives that can reactivate the deserted settlements and generate jobs, the only effective deterrent against out-migration.”

ArCHIAM is an interdisciplinary forum cutting across traditional disciplinary boundaries. The Centre provides an exciting opportunity for the study of both historical and contemporary phenomena with the aim to develop both theoretical positions but practice-based research.

To find out more about ArCHIAM’s work at M’Hamid Oasis, please visit www.archiam.co.uk/mhamid-oasis-morocco/