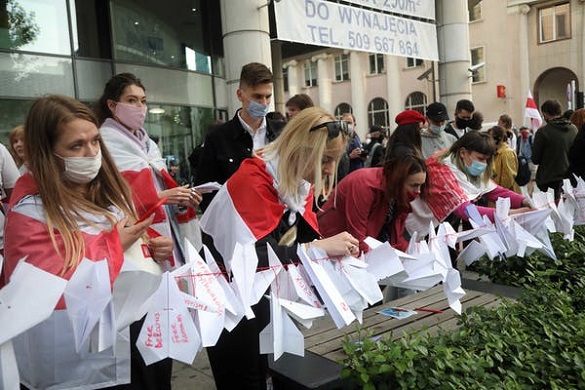 This article by Professor Kanstantsin Dzehtsiarou, Liverpool Law School and Dr Arman Sarvarian, University of Surrey was first published by `The Conversation’.

Here’s what we know: the Ryanair aircraft carrying dissident Belarusian journalist Roman Protasevich was scheduled to fly from Athens in Greece to Vilnius in Lithuania on May 23. While in Belarusian airspace, the pilot was ordered to divert from its course and to land in Minsk. On the ground, the airport authorities searched the baggage of the passengers, checked their identities and detained at least two of them: Protasevich – a prominent opponent of Belarusian dictator Alexander Lukashenko – and his girlfriend, law student Sofia Sapega.

But the full details of what happened remain a matter of dispute. The Belarusian authorities claim that they received an anonymous letter claiming that Hamas had planted a bomb on board and so they had duly ordered the pilot to land the aircraft so they could find and destroy the bomb if the report was true.

This claim appears doubtful. It is unclear why someone would decide to notify the authorities of Belarus about the bomb, rather than, for example, the authorities in Greece or Lithuania. When the aircraft was diverted, it was closer to Vilnius than to Minsk. If the safety of the passengers was the primary concern of Belarusian authorities, they would have probably allowed it to quickly land in Vilnius. Finally, a military aircraft was sent to accompany the Ryanair flight to land at Minsk airport. In the event, no bomb was found on board.

There are two main legal questions with the actions of Belarus. The first is whether Belarus had the power to divert the aircraft from its flight path to land in Minsk. Although the facts remain murky, the apparent justification for the interception of the plane by a fighter jet was its safety due to a suspected bomb on board.

The method by which Belarus seemingly ordered the pilot to make an emergency landing at Minsk may be legally significant. While the Convention on International Civil Aviation 1944 authorised Belarus to order a civil aircraft flying above its territory to land, Belarus must have had “reasonable grounds” to do so. Also, it was required to issue the order in compliance with its published national regulations regarding the interception of civil aircraft.

It is for Belarus to prove that it has complied with both requirements: the president of the Council of the International Civil Aviation Organization (ICAO) is seeking official explanations and has called an urgent meeting of the 36 members of the Council for May 27 to discuss the incident.

Even if Belarus can show that its diversion of the plane was lawful, the detention of Protasevich and Sapega is another question entirely. Under the ICAO treaties, Flight FR4978 was under the jurisdiction of Poland as the country of registration of the aircraft. The aircraft was still “in flight”, even when diverted to Minsk. No country has the right to detain suspects on a civil aircraft for crimes that were not committed on board that aircraft.

From what is known at present, it seems that the Belarusian authorities detained Protasevich and Sapega for alleged crimes that had no connection to the flight. To seek custody of them, Belarus should have applied to Poland or to Lithuania (as Vilnius was the port of destination) for their extradition for alleged crimes in Belarus. On both issues, Poland could bring legal claims against Belarus for violating its rights under the ICAO treaties as the flag state of the aircraft.

It is also possible that other countries could seek standing to sue Belarus before the International Court of Justice (the UN court) on the basis that the global system of civil aviation is threatened by such actions. There have been cases similar to this one in the past, such as when France detained a Moroccan charter plane in 1956 to arrest Algerian rebel leaders who were travelling to a diplomatic conference.

In a number of cases, the European Court of Human Rights has found the Convention to apply to aircraft and ships registered in or flying the flag of a Contracting Party. While Poland has issued a strongly worded public condemnation of the actions of Belarus, calling it “state terrorism”, it is required to take practical steps within its power, such as diplomatic representations, to secure the release of the detainees on the basis that their detention was unlawful.

Although, the episode has already triggered significant international reaction, it should not be treated as an isolated instance. The Belarusian authorities have consistently undermined their own country’s rule of law, and the international community’s reaction has been limited and slow. For instance, it wasn’t until May 2021 that the UN High Commissioner for Human Rights appointed experts to document episodes of human rights violations, principally torture, that happened mostly in August 2020. The reaction of international community should clearly demonstrate that violations of international law bear consequences.