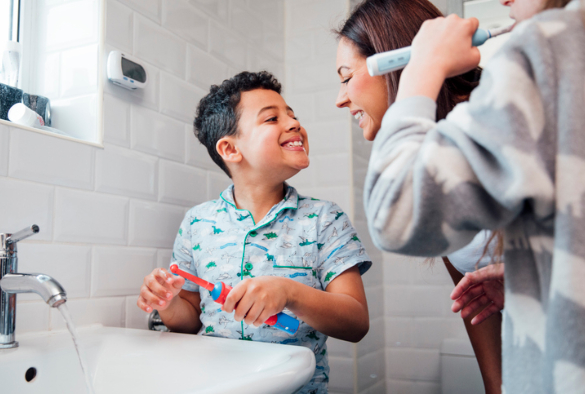 Researchers from the University of Liverpool and Queen’s University Belfast have been awarded £2.6 million to tackle the problem of tooth decay, which is now the leading cause of planned hospital admissions for children under the age of 11 in England and Northern Ireland.

Figures from Public Health England show that around 23 per cent of five-year-olds had dental decay in 2019 in England – with latest data from Northern Ireland showing higher levels at 32 per cent.

In 2015/16, £50.5 million was spent on extractions of children’s teeth in England with £7.8 million spent in that year alone on extractions for children under five years. In Northern Ireland, over 4,000 children each year are admitted to hospital to have teeth extracted under general anaesthetic. Each child has an average of four to five teeth extracted.

Experts believe that prevention is the best way forward and researchers at Queen’s University Belfast and the University of Liverpool have now been awarded a grant by the National Institute of Health Research through the Health Technology Assessment Programme.

The researchers will be recruiting participants for the ‘CHOICE trial: Changing Habits to Prevent Child Caries’ from across three regions in England and across Northern Ireland, beginning in December this year with recruitment of dental practices. Children taking part in the study will have at least one decayed tooth. The experts aim to work with 40 dental practices and 900 parents and children over the next four and a half years.

In the CHOICE trial half of the parents or carers of the children will be invited to meet with a trained dental nurse for a 30-minute meeting. This will be a therapeutic conversation to support families in changing habits, looking at foods and drinks that are healthier for their children’s teeth.

The other participants will continue as they normally would have with their dental treatment. It is hoped that by the end of the trial those who had the conversation with the dental nurse will have less tooth decay.

Co-leading the trial is Dr Girvan Burnside from the Liverpool Clinical Trials Centre, while Professor Fadi Jarad and Professor Sondos Albadri from the University’s School of Dentistry are both co-investigators.

Dr Burnside, a Senior Lecturer in Biostatistics at the University of Liverpool, who designed the trial, said: “The Liverpool Clinical Trials Centre is looking forward to co-ordinating the CHOICE study to support a change in tooth brushing and dietary habits, which we hope will lead to an improvement in child dental health.”

Dr Pauline Adair, Senior Lecturer from the School of Psychology and lead researcher for the project at Queen’s University Belfast, explains: “Unfortunately, child tooth decay is a major problem in the UK and many children end up in hospital to have teeth removed due to severe decay. While surgery deals with the immediate problem, it cannot stop future decay. The causes are still there.

“This psychology-led study, with a supportive talking intervention between the dental nurse and parent or carer, focuses on how families can address the causes of tooth decay. The intervention will support families to identify areas of their home life that can be changed to prevent tooth decay such as regular tooth brushing and limiting sugar in the diet and will guide them to set goals that will achieve this.”

The CHOICE trial builds on outcomes from a successful National Institute for Health Research funded trial, ‘Dental RECUR’. The same lead team conducted the Dental RECUR trial in hospitals and evaluated whether a talking intervention could reduce the re-occurrence of tooth decay in children scheduled for dental extractions.

Following a single therapeutic conversation with a trained dental nurse, families of children with teeth extracted were 29 per cent less likely to have new tooth decay two years later, in comparison to control children.