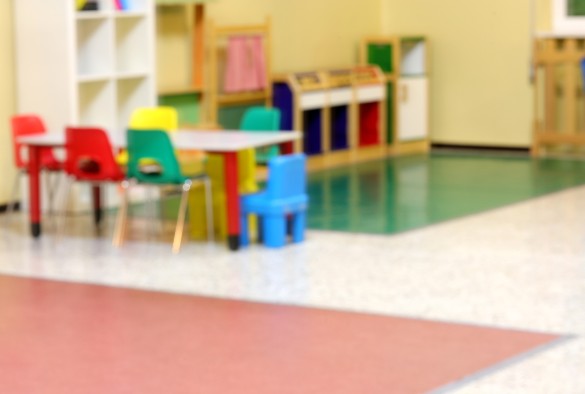 Spending cuts to Sure Start Children’s Centres taking place since 2010 are associated with increased prevalence of obesity at school reception, University of Liverpool researchers have found.

A study published in the Journal of Epidemiology & Community Health, published by BMJ, estimates that several thousand additional children became overweight or obese compared with the expected number if spending had remained at 2010 levels.

The study authors say that in deprived areas, many of which are experiencing bigger spending cuts, reinvesting in these services may – alongside wider child development benefits – contribute to reducing inequalities in childhood obesity.

Since 2010, large cuts to English local authority budgets have seen many councils reduce spending on Sure Start children’s centres, which deliver a wide range of services to support parents and young children. Previous studies evaluating effects of Sure Start on various child health and development outcomes focussed on the rollout and scale-up of the programme, and were not designed to investigate the impact of cuts to spending on these services under the recent austerity programme.

Corresponding author Dr Kate Mason, Research Associate in the Department of Public Health, Policy & Systems said: “Deep cuts to local authority budgets in England over the last decade forced many councils to reduce spending on Sure Start children’s centres. These centres were set up in communities to deliver a wide range of services for parents and young children, to help kids get the best start in life.

“Other studies have shown the positive impact Sure Start had on children’s health when the programme was well-funded. In our study, we found that bigger cuts to spending on children’s centres are linked to larger numbers of young children living with obesity by the time they start school.

“Importantly, children’s centres play a particularly important role in more deprived areas, and yet it’s these parts of England where spending has been cut the most. Social inequalities in childhood obesity are getting worse, and we know from other research that tackling childhood obesity requires multi-faceted, system-wide solutions. Our study suggests that reinvesting in Sure Start children’s centres, especially in areas where the need is greatest, could be one part of an effective childhood obesity strategy, alongside the other benefits these centres provide for parents and young children.”

This longitudinal ecological study covers the period 2010-2018, using Department for Education and National Child Measurement Programme data. Researchers used fixed-effects panel regression to quantify the association between change in spending and change in the prevalence of childhood obesity.

Spending on Sure Start children’s centres decreased on average 53% over the study period, with deeper cuts in more deprived local authorities. Each 10% spending cut was associated with a 0.34% relative increase in obesity prevalence the following year. Researchers estimated an additional 4,575 children with obesity and 9,174 overweight or obese compared with expected numbers had funding levels been maintained.

This study was funded by the National Institute for Health Research (NIHR).

The full paper is available in the Journal of Epidemiology & Community Health.