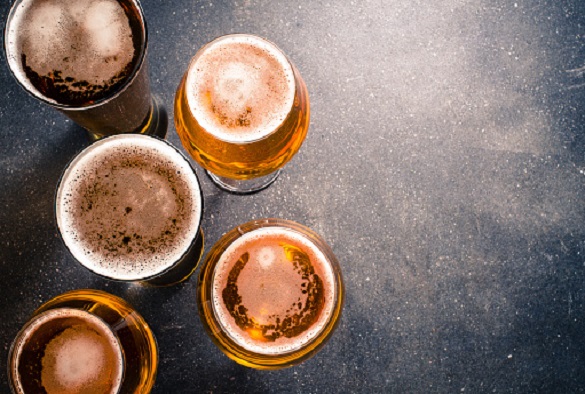 A new study conducted by researchers at the University of Liverpool has found that one third of UK police officers and staff met the criteria for heavy drinking, and this was more common in those with a mental health problem.

Policing is a highly stressful occupation, with officers and staff frequently dealing with traumatic incidents and intensive job demands. This increases their risk of suffering from poor mental health, which can then lead to maladaptive coping strategies, such as heavy alcohol use.

Researchers analysed information from the Airwave Health Monitoring Study (conducted by Imperial College London) which collected data on a range of health and lifestyle factors, from 40,986 UK serving police officers and staff, between 2006 and 2015.

Their analysis found that a total of 33% of police officers and staff met criteria for hazardous alcohol use (weekly consumption of 14 to 35/50 units for women/men) and 3% met criteria for harmful alcohol use (weekly consumption above 35/50 units for women/men). Men were more likely than women to drink hazardously (40% of men, 19% of women) and harmfully (3.4% of men, 2.5% of women). In addition, 30% reported binge drinking (6 or more drinks on one occasion) at least two to four times a month.

The study also explored the characteristics of those who were more likely to meet criteria for hazardous or harmful use, finding that this was more common in police officers than staff, those aged over 40 years old, who were single, had served for over ten years, and/or were smokers.

Patricia Irizar, PhD student with the University of Liverpool’s Institute of Population Health, said: “The level of hazardous drinking in UK police officers and staff is higher than in the general population, for both men and women, suggesting that the Police Service may need workplace interventions aimed at reducing heavy drinking.”

Dr Laura Goodwin, Senior Lecturer in the Epidemiology of Mental Health and Addiction at the University of Liverpool, said: “These findings show that those police officers and staff who have a mental health problem are more likely to drink at a harmful level. This suggests that they may be using alcohol to cope, and that interventions may be required for this group to support them to reduce their drinking. This is the first study to determine the level of heavy drinking and co-occurring mental health problems in the UK Police Service. A major strength of this study is the large, representative sample. However, because the data was collected at one point in time, we were unable to explore whether poor mental health predicted changes in drinking, or vice versa”.

This analysis was part of a PhD studentship, funded by the Economic and Social Research Council (ESRC) and partly funded by Alcohol Change UK. The authors thank the Airwave Health Monitoring Study team for providing the data.

The paper “The prevalence of hazardous and harmful drinking in the UK Police Service, and their co-occurrence with job strain and mental health problems”, by Patricia Irizar, Dr Suzi Gage, Professor Matt Field, Dr Vicky Fallon, and Dr Laura Goodwin, is published in the journal Epidemiology and Psychiatric Sciences.