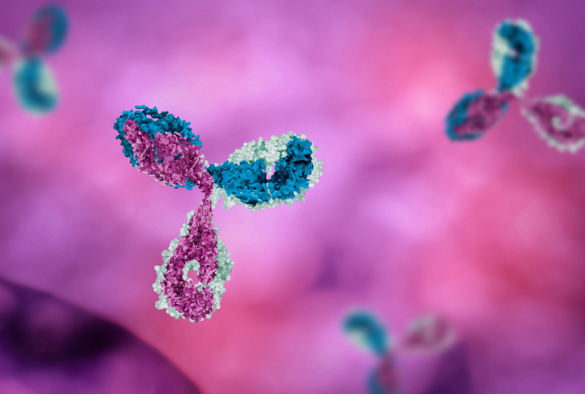 A new study involving Liverpool researchers has shown that many of the symptoms in fibromyalgia syndrome (FMS) are caused by antibodies that increase the activity of pain-sensing nerves throughout the body.

The study, which has been published in the Journal of Clinical Investigation, demonstrates that the increased pain sensitivity, muscle weakness, reduced movement, and reduced number of small nerve-fibres in the skin that are typical of FMS, are all a consequence of patient antibodies.

The research was led by the Institute of Psychiatry, Psychology & Neuroscience (IoPPN) at King’s College London, in collaboration with the University of Liverpool and the Karolinska Institute,

The researchers injected mice with antibodies from people living with FMS and observed that the mice rapidly developed an increased sensitivity to pressure and cold, as well as displaying reduced movement grip strength. In contrast, mice that were injected with antibodies from healthy people were unaffected, demonstrating that patient antibodies cause, or at least are a major contributor to the disease.

Furthermore, the mice injected with fibromyalgia antibodies recovered after a few weeks, when antibodies had been cleared from their system. This finding strongly suggests that therapies which reduce antibody levels in patients are likely to be effective treatments. Such therapies are already available and are used to treat other disorders that are caused by autoantibodies.

Dr David Andersson, the study’s primary investigator from King’s IoPPN said “The implications of this study are profound. Establishing that fibromyalgia is an autoimmune disorder will transform how we view the condition and should pave the way for more effective treatments for the millions of people affected. Our work has uncovered a whole new area of therapeutic options and should give real hope to fibromyalgia patients.

“Previous exploration of therapies has been hampered by our limited understanding of the illness. This should now change. Treatment for FMS is focussed on gentle aerobic exercises, and drug therapies designed to manage pain, although these have proven ineffective in most patients and have left behind an enormous unmet clinical need.”

Current estimates suggest that at least 1 in 40 people are affected by FMS worldwide (80% of which are women), and is commonly characterised by widespread pain throughout the body, as well as fatigue and emotional distress.

Dr Andreas Goebel, the study’s principle clinical investigator and Director of the University of Liverpool’s Pain Research Institute said, “When I initiated this study in the UK, I expected that some fibromyalgia cases may be autoimmune. But David’s team have discovered pain-causing antibodies in each recruited patient. The results offer amazing hope that the invisible, devastating symptoms of fibromyalgia will become treatable.”

Professor Camilla Svensson, the study’s primary investigator from Karolinska Institute said, “Antibodies from people with FMS living in two different countries, the UK and Sweden, gave similar results, which adds enormous strength to our findings. The next step will be to identify what factors the symptom-inducing antibodies bind to. This will help us not only in terms of developing novel treatment strategies for FMS, but also of blood-based tests for diagnosis, which are missing today.

This study was possible thanks to funding from the Medical Research Council (UK), Versus Arthritis, the Liverpool Pain Relief Foundation, the Swedish Research Council, the Knut and Alice Wallenberg Foundation, a donation from the Lundblad Family for clinical pain research at Karolinska Institute, and other agencies.

Dec 2021 update: This research was featured in the Guardian’s Top 10 Science Stories, as chosen by scientists, for 2021.