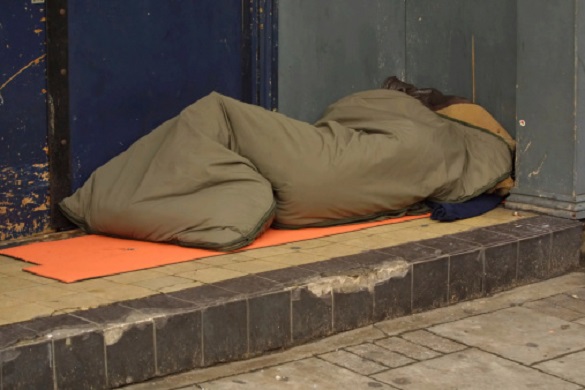 This article by Dr Mark Green, from the University’s Department of Geography & Planning, was first published by `The Conversation’.

Researchers attempting to explain why the UK has experienced one of the highest COVID-19 mortality rates globally have repeatedly pointed to inequality as one of the root causes. A recent report from UCL on the effect of COVID-19 on Greater Manchester lends further evidence to support this analysis.

The report, written by a team led by epidemiologist Michael Marmot, includes some startling figures. Between March 2020 and April 2021 COVID-19, mortality was 25% higher in Greater Manchester overall compared with the average for England and Wales, and up to 75% higher in the most deprived areas of Manchester.

The report outlines priority areas for what it terms “building back fairer”, riffing on the government’s stated aim for its COVID-19 recovery plans to build back better. The authors’ recommendations include prioritising the health and social care of children, investing in places, and setting targets for narrowing health and social inequalities. If the government is committed to its “levelling-up” strategy, they conclude, it should couple economic growth with tackling inequality.

On the one hand, the question the Marmot review poses – does living in Greater Manchester put you at additional risk of being affected by COVID-19? – is not unfounded.

First, Greater Manchester itself was placed in stringent regional restrictions for longer than any other region or place. This decision followed high infection rates in the region during England’s second wave and is likely to have had a disproportional economic impact.

Second, Greater Manchester has been particularly affected by the delta variant. This was initially linked to historic connections between local communities and South Asia and the related migration and travel flows, before becoming established in areas of lower vaccination uptake.

On the other hand, many of the factors described in the report are not unique to Greater Manchester. It identifies several reasons deprived areas have much higher deaths. These include communities living in dense, overcrowded and multi-generational households, as well as people having occupations that don’t lend themselves to home working or where self-isolating is not financially viable.

These factors have been identified as root causes for the extent of the impact COVID-19 has had on many other parts of the UK too – with mortality rates disproportionally higher in deprived areas within affluent and poorer cities.

The recommendations of the Marmot review are useful for guiding our responses to COVID-19. While the pandemic has amplified inequalities, there is no reason why our responses to it have to follow suit.

Core to the review’s recommendation is the idea that government must invest in places. Community assets – such as schools, parks, or leisure services – can effectively support health and wellbeing. Such assets are severely lacking in England’s most deprived neighbourhoods. Importantly, these issues represent a cross-party issue that could garner political support.

Building healthier environments, including those that are greener and less polluted, is another way we can invest in places. The pandemic revealed the importance of good quality green space, investing in which can also contribute to combating climate change.

The vaccination campaign continues apace, however, large inequalities by deprivation and ethnicity are emerging. Helping citizens overcome their reluctance to be vaccinated requires clear and targeted communication, and logistical innovation, such as bringing vaccine buses into marginalised communities.