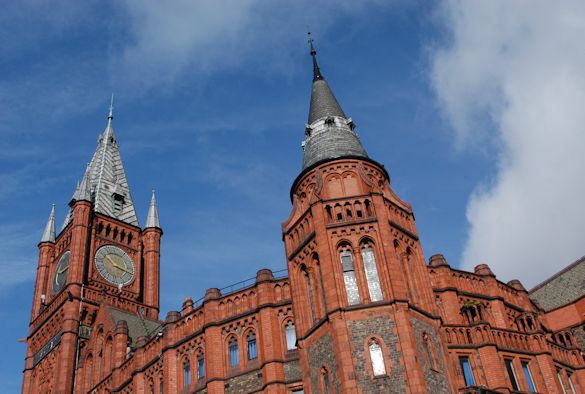 We wrote to all staff earlier this week to update colleagues on the position in respect of returned marks, and to thank those colleagues who have been working so hard to ensure that deadlines are met. Although the majority of marks have been returned on time, we know that this positive position has only been achieved with enormous effort and commitment from colleagues in all areas. The dedication to our students and their progression is clear and not taken for granted. However, we also know that there continues to be significant disruption in some subject areas and that this continues to cause stress and anxiety for staff and students alike. As such, we are writing today to outline next steps in relation to the ongoing dispute.

As we have said many times, we do not make proposals for redundancy lightly or often. While we do not believe that industrial action is a remedy for a situation when an employer has chosen to propose redundancies, we recognise and respect the rights of our colleagues to take this action as a legitimate and lawful form of protest. But our first responsibility as a Senior Leadership Team is to consider and implement proportionate ways of minimising the impact of any such action on our staff and students, and on the University’s business critical activities. These two positions are not mutually exclusive.

While colleagues will have heard us state this before, we feel it is essential to reiterate that throughout this process, the University has been committed to meaningful consultation to try and seek agreement. As colleagues will also know, the extended period of collective consultation led to significant changes to the redundancy proposals, in direct response to concerns raised by UCU. We do not accept UCU’s claims that the redundancies are in any way discriminatory or unlawful.

We are increasingly concerned at the deliberate and sustained attempts to undermine the University’s reputation and the impact that this divisive and negative campaign is having on all colleagues. We are also concerned at the direct attempts to mislead our students, at a time when they are in real need of support and reassurance after this already very challenging year. It is particularly worrying that our students have been directly lobbied by email, targeted with requests for money and that those who are impacted by delays to their results as a direct consequence of the marking and assessment boycott, continue to be a deliberate focus for this action. Students, like staff, are free to peacefully demonstrate their support for any cause they feel strongly about, to dissent, debate and employ critical thinking. But in doing so, they should have access to accurate information so that they can make informed choices. These principles lie at the heart of our institutional approach to teaching and learning.

The decision to withhold 100% of pay from colleagues participating in the boycott was taken in view of the potential for undue distress and disruption to students that a marking and assessment boycott would likely cause. Having taken stock of the current position, and while we reserve the right to continue our refusal to accept partial performance, we are proposing to suspend the 100% deductions for two weeks, to create the opportunity for a dialogue with UCU on de-escalating the boycott. We will shortly be inviting UCU to meet with the Senior Leadership Team and we hope they will choose to accept, in the best interests of our whole University community.

As a Senior Leadership Team, we are committed to acting in the best interests of all our staff and students and to taking reasonable and pragmatic steps to try and resolve the current disruption. But we cannot do this alone and without acceptance that compromise, on all sides, may be necessary on some aspects of the dispute. We believe that we have demonstrated our willingness to compromise and to seek agreement, as evidenced by the significant changes made to the criteria, the reduction in the number of colleagues being considered for redundancy to fewer than half that originally proposed, and to the substantial voluntary severance offer to colleagues who remain at risk. We fully acknowledge that redundancy can be exceptionally difficult for colleagues directly impacted and the latter is intended to help mitigate this and to support colleagues while they seek future employment.

We recognise that there are differences of opinion between colleagues on these issues and we sympathise with the difficult position many colleagues have found themselves in as this boycott has progressed. We hope that this offer to meet with SLT will be accepted by UCU so that we can move closer to a resolution and enable the fullest possible return to normal business across all aspects of the University’s work, as we approach the end of this uniquely challenging academic year.