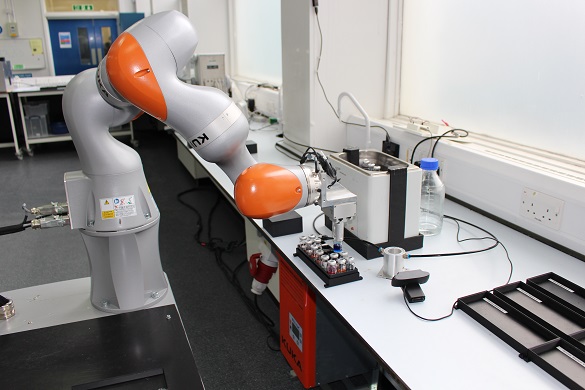 The Super Artificial Intelligence Leader (SAIL) awards are among the most prestigious in the world of AI. They recognise the world’s most pioneering AI research, technologies and applications that have the potential to change the direction of how we live and work.

The robot scientist research was one of five projects selected for an award from over 800 nominees, including nominations from GE Healthcare, Alibaba and Huawei. Past award winners include IBM Project Debater and Amazon AWS Innovate.

Built by Professor Cooper and his team in the Department of Chemistry and the Materials Innovation Factory, the mobile robot scientist is the first system of its kind. It works 24/7 and carries out scientific experiments by itself using AI to guide the direction of the research.

The robot has humanoid dimensions and is designed to work in a standard laboratory, using instruments much as a human researcher does. It can also make its own independent decisions about which chemistry experiments to perform next and has already discovered a new catalyst formulation for solar hydrogen production.

The technology is being used to speed up scientific discovery and will play an important role in tackling chemistry’s biggest challenges.

Professor Cooper said: “I’m really proud of the team that worked on the robot scientist, it was one of the most technically challenging projects that we have ever tackled.

“Our mobile robot scientist is a game changer in terms of how we work in the lab and the range of problems we can address. We’re now thinking in a different way about how we approach materials research, and we see the potential of these systems in the future to become less like programmable machines and more like artificially-intelligent coworkers.” 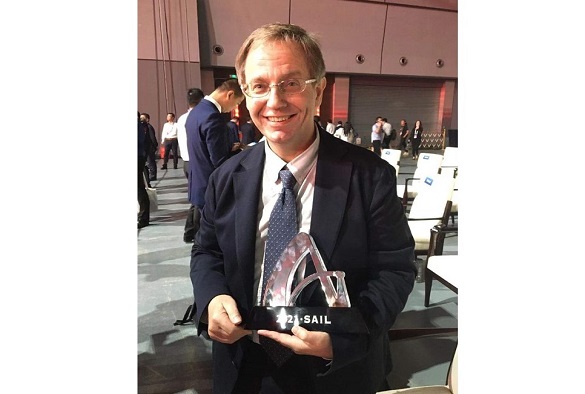 The intelligent mobile robot was first reported in the journal Nature in 2020. This research was supported by The Leverhulme Research Centre for Functional Materials Design via the Leverhulme Trust and the Engineering & Physical Sciences Research Council.

The World Artificial Intelligence Congress is one of the leading international events for the AI sector.