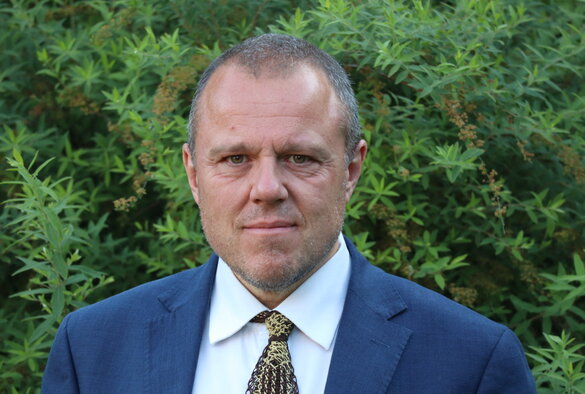 The University of Liverpool’s James Barrow Professor of French, Charles Forsdick is one of 84 new Fellows elected to The British Academy for 2021.

Professor Forsdick said: “I owe a significant debt to The British Academy (BA).

“The BA funded my PhD studentship at Lancaster University back in 1992 and has subsequently supported various research projects of mine through its grant and fellowship schemes, most notably my work on travel writing and on the Haitian Revolution.

“It is a great honour now to be elected a Fellow, and I record my gratitude to all those researchers—in Liverpool and elsewhere, including in the context of the AHRC Translating Cultures theme—with whom I have had the privilege of collaborating in recent years.

“In the UK, the British Academy is one of our most active and eloquent advocates for the social, cultural and intellectual value of Modern Languages—and of the Arts and Humanities more generally.

“At a time when these disciplines are under increasing threat, politically, ideologically and economically, this work is becoming more urgent than ever. I look forward to contributing to it.”

Of the 84 new Fellows elected for 2021, 52 are UK Fellows, while 29 are Corresponding Fellows and three are Honorary Fellows.

“I am very much looking forward to working with them on our shared interests.

“The need for SHAPE subjects has never been greater. As Britain recovers from the pandemic and seeks to build back better, the insights from our diverse disciplines will be vital to ensure the health, wellbeing and prosperity of the UK and will continue to provide the cultural and societal enrichment that has sustained us over the last eighteen months.

“Our new Fellows embody the value of their subjects and I congratulate them warmly for their achievement.”

Founded in 1902, the British Academy is the UK’s national academy for the humanities and social sciences. It is a Fellowship of over 1400 of the leading minds in these subjects from the UK and overseas.

The Academy is also a funding body for research, nationally and internationally, and a forum for debate and engagement.