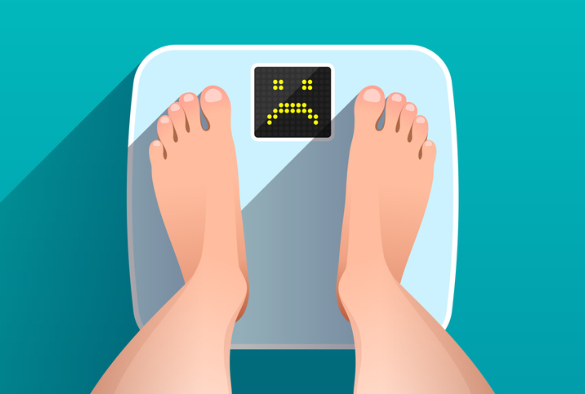 By Dr Myriam Wilks-Heeg, Department of History, University of Liverpool.

We ate a lot more during the pandemic. The latest figures by Public Health England suggest that more than 40% of British adults gained an average of 3kg during the pandemic. The reasons for the rise in body weights seem, at first glance, obvious. We tended to move less during prolonged periods of lockdown, with emotional eating and gym closures intensifying the trend.

A look at PHE’s Better Health campaign launched this summer reveals a focus on the “energy balance equation”. This is the idea that excess weight accumulates when food intake, commonly measured in calories, exceeds the body’s use of energy. And while obesity’s impact on health is by now well-documented, the link between COVID-19 mortality and a body mass index of more than 30, undoubtedly adds a sense of urgency to finally tackling the UK’s expanding waistlines.

Yet a look at the history of dieting and health campaigns should remind us that the realities of weight gain are more complex than “calories in versus calories out”. This raises questions about whether a focus on conventional diets aimed at reducing energy simply by counting calories are really likely to adequately address the issue of excess body weight gained during the pandemic.

As my research into slimming behaviour after 1945 shows, weight-loss diets in the UK first increased in popularity when rationing gave way to a burgeoning consumer culture and affluence in the 1950s and 60s. Common weight-loss regimes initially tended to focus on curbing the consumption of carbohydrates. But towards the end of the 1960s, low-fat approaches and calorie counting became much more widespread.

At the same time, scientists became increasingly concerned with the connections between body weight and heart disease. Research began to emerge documenting the detrimental effects of obesity, such as the Framingham Heart Study or Build and Blood Pressure Study. And although rates were still comparatively small, by the late 1960s concerns were such that they led to the foundation of the Obesity Association in 1967.

Despite the rising focus on these health problems and with dieting, since the 1960s, people around the world – especially in western countries – have been gaining weight. Global obesity levels are now nearly three times what they were in 1975. Rates doubled in the UK between 1980 and 1991, and today the country has the third highest rate of obesity in Europe.

You might assume that in line with these changes, the amount of calories that people in the UK were eating also went up. Between 1950 and 2000, the National Food Survey monitored the diets of households in Great Britain. Its seemingly paradoxical data shows that calorie consumption in the post-war years actually decreased, even as obesity rates went up.

This apparent contradiction is linked to the increase of fat in the national diet from the mid-1960s onwards. But parallel to a change in nutrition, Britons also became more sedentary than ever before, with car ownership and motorised travel, for instance, sharply increasing since the early 1950s. It illustrates that there’s more to weight loss than just trying to reduce your calories, and that we have to consider the wider picture of what’s going on with people’s lives.

The same issue has been highlighted during the pandemic. For example, the Food Standard’s Agency’s report on Food in a Pandemic emphasises that during the first lockdown a higher proportion of the population shopped locally, consumed home-cooked meals and reported eating healthier. The report found that there was a probable link with the increase in the time available for food-related activities due to working-from-home orders and furlough schemes. And yet on average, many people still gained weight.

The reality is that the extra time granted by the ability to work at home during during lockdown can be mostly associated with higher income earners. Levels of food insecurity, as well as a lack of time spent at home, would have prevented many on lower incomes from making similar healthy food choices.

In the face of ever-increasing obesity, a focus on diets has clearly proved futile over the last 70 years or so. From not eating any bread or potatoes to consuming as little as 500 calories a day, there were hundreds of diets throughout the 20th century that promised but failed to deliver. Yet today, public health campaigns still seem focused on the simplistic message of getting people to consume fewer calories.

Very little, if any, progress has been achieved since the recognition of obesity as a priority for public health in 1998. Obesity is not a conscious lifestyle choice and the continued focus on individualised solutions and self-regulation fails to recognise the health inequalities that the pandemic has unmasked and aggravated. Ideally, the issue of weight gain during the pandemic should prompt us to re-think such conventional methods for weight loss and place more focus on root causes and integrated approaches.