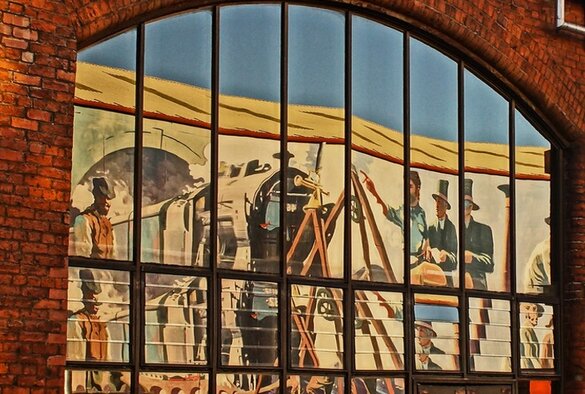 The University of Liverpool is partner in a £3m project seeking to create a prototype digital toolbox to help uncover Britain’s industrial past, as part of the AHRC’s £14.5m Towards a National Collection initiative.

The Congruence Engine, which is led by The Science Museum with the Department of History’s Dr William J. Ashworth as co-investigator, will use the latest digital techniques to connect collections held in different locations that can be created and shared with the wider public in museums, publications and online. Digital researchers will work alongside professional and community historians and curators.

Through iterative exploration of the textiles, energy and communications sectors, the project will tune collections-linking software to make it responsive to user needs.

It will use computational and AI techniques – including machine learning and natural language processing – to create and refine datasets, provide routes between records and digital objects such as scans and photographs, and create the tools by which participants will be able to enjoy and use the sources that are opened to them.

Among its many outputs will be a touring interactive digital exhibit that will enable the public to interact with the project’s findings.

Dr William J. Ashworth said: “The Congruence Engine is a new, exciting, and innovative project that will change the way we write and present the past.

“The target is for both historians and archivists to draw upon and illuminate our industrial history utilising one centralised toolbox. Sources will range from archival documents and museum collections to films, maps, and other resources such as paintings.

“These typically disparate collections will come together, for the first time, under one digital resource.”

The Congruence Engine is one of five “Discovery Projects” being funded by the AHRC, as part of its £14.5m Towards a National Collection investigation, which is being billed as the largest of its kind undertaken anywhere in the world; involving 15 universities, 63 heritage collections and institutions of different scales, with more than 120 individual researchers and collaborators on-board.

Partners in the University project include the British Film Institute, National Museums Scotland, the National Trust, BBC History, National Museums Wales and Historic Buildings and Monuments Commission for England, among others.

Professor Christopher Smith, AHRC Executive Chair, said: “This moment marks the start of the most ambitious phase of research and development we have ever undertaken as a country in the space where culture and heritage meets AI technology.

“Towards a National Collection is leading us to a long term vision of a new national research infrastructure that will be of benefit to collections, researchers and audiences right across the UK.”