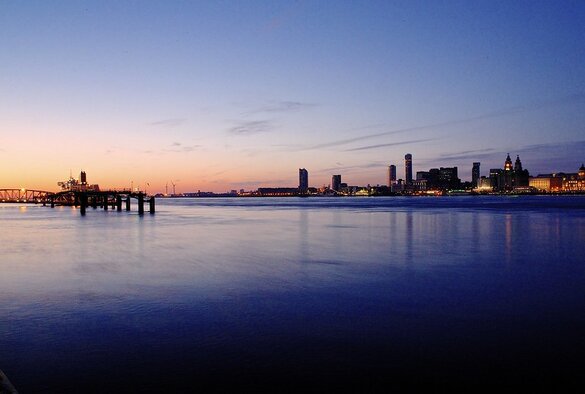 The final report from the Heseltine Institute for Public Policy, Practice and Place’s Build Back Better Enquiry, on behalf of Liverpool City Region All Party Parliamentary Group, launched with a call for national government to “Level Up, Recover and Deliver Clean, Green and Inclusive Growth” for the city region.

Amongst its twelve recommendations, the report – written by the University of Liverpool’s Heseltine Institute for Public Policy, Practice and Place following three evidence sessions at which more than a hundred attendees heard from twenty witnesses – calls on :

In the foreword Kim Johnson MP, Chair of the APPG, writes: “There can be no denying the last 18 months have placed a huge challenge on our essential public services and the voluntary, community and social enterprise sector as well as businesses and the public at large.

“Collaboration, resilience and new ideas, as well as sheer effort, determination and support from both central and local government have been – and will be – key to getting through these unprecedented times.

“And we believe there is a new mood. People do not want to just return to how things were, they want to genuinely Build Back Better. We need a city region that is more community focussed, more inclusive, more equal and more green.”

Steve Rotheram, Mayor of Liverpool City Region, added: “Working with the support of Government, the LCR now has the opportunity to help pioneer the UK’s transition to Net Zero, close long-standing performance gaps with the rest of the country, and contribute to the delivery of greater national prosperity.

“It is clear that by embracing the opportunities of devolution, LCR is taking ownership of its economic recovery and laying the foundations for meaningful long-term renewal. It now needs all the support it can be given.

“We commend this report for the attention of the Treasury as they prepare their Spending Review as well as all relevant Government Departments. We also hope that it will be read with interest by all those who, like us, care passionately for the future of Liverpool City Region’s 1.6 million people.”

You can read the full report here, and to find out more about the University of Liverpool’s Heseltine Institute for Public Policy, Practice and Place, please visit: www.liverpool.ac.uk/heseltine-institute/