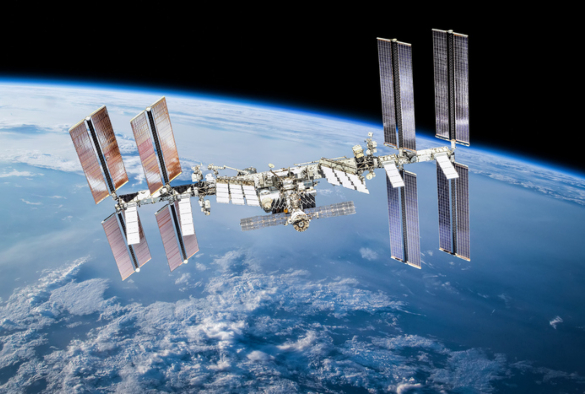 University of Liverpool researchers have been awarded funding from the UK Space Agency for a new study into muscle loss and ageing in microgravity.

The research is one of five new projects set to receive a share of £440,000 funding that will look to solve the challenges, such as muscle loss and stress from isolation, that astronauts face during long missions.

It is well known that the effects of space travel take a toll on the bodies of astronauts, whilst in microgravity their weight-bearing bones lose on average 1 per cent to 1.5 per cent of mineral density per month.

To counteract this, they currently need to exercise for two-and-a-half hours every day, take nutrient supplements, and consume high-protein diets to maintain muscle mass while in space. Without these interventions, astronauts could experience up to a 20 per cent loss of muscle mass on spaceflights lasting between 5 and 11 days.

The University of Liverpool project is a preliminary ground-based study to see if the chemical hydrogen peroxide, which is produced within the muscle by organelles called mitochondria, is a mediator of muscle ageing and loss of muscle following exposure to microgravity.

The work builds on the University’s leading expertise in the study of ageing and will be led by Professor Malcolm Jackson at the Institute of Life Course and Medical Sciences.

“We think that muscles exposed to microgravity undergo changes which reflect a ‘rapid ageing’ process and that increased generation of hydrogen peroxide is a key driver of both this rapid process and normal muscle ageing on earth,” explains Professor Jackson.

“We are excited to receive this funding from the UK Space Agency, which will allow us to develop the state-of-the-art fluorescent microscopy techniques needed to carry out this investigation.”

Other projects to receive UK Space Agency funding include a study of the prolonged effects of isolation on physical and psychological health, and an investigation of the relationship between microgravity and spinal health.

British ESA astronaut Tim Peake said: “It’s exciting to see this cutting-edge research taking place here in the UK. We can learn so much about the human body from spaceflight, especially the ageing process. This research could enable astronauts to carry out longer missions and explore further into space, whilst benefiting everyone on Earth.”

Countdown to lift off

Later this year the University’s MicroAge project will also fly to the International Space Station to investigate skeletal muscle ageing in microgravity.  It is estimated that by 2034, 23% of the UK population – estimated to be around 15 million people – will be over 65 years of age. Physical frailty is a major factor affecting the ability of individuals to maintain independence and is primarily due to age-related loss of skeletal muscle mass and function. The researchers will use a specially designed scaffold to support muscle cell cultures to allow them to grow in microgravity.