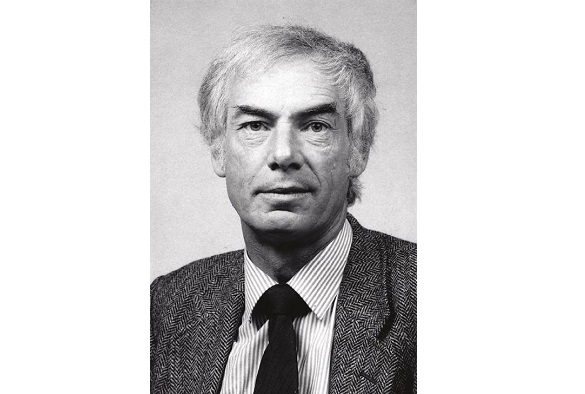 The University is saddened to learn the passing of retired Languages Professor, James Higgins. Dr Valdi Astvaldsson, formerly of the Department of Languages, Cultures and Film pays tribute to Professor Higgins:

Professor James Higgins, born on 28 May 1939 in the small Scottish town of Bellshill near Motherwell, passed away in the early morning of Sunday 26 September 2021. He had gone out for his monthly walk with one of his brothers a couple of weeks before and broke one of his hips. He was admitted to hospital, where his situation complicated and led his death.

James Higgins, who worked at the University of Liverpool for 40 years, started his first degree in Spanish and French at the University of Glasgow in 1957. In Glasgow he met the love of his life, Kirstine Atwell. They got married and, in 1960s, had two sons, Antony, born in Glasgow and Graham, born in Birkenhead. After finishing his BA in Glasgow in 1961, James found a job as an English teacher/assistant in Lyon, France, and he and Kirstine went to live there in 1962, a time they always cherished. Back home, James got a job in the Department of Hispanic Studies at the University of Liverpool in 1964, and soon became one of the pioneers of Latin American Studies in Britain. During these early years he developed a keen interest in Latin American literature, in particular Peruvian, and in 1965 he travelled by boat to Peru to begin his studies of the poetry of César Vallejo, which developed into a PhD and the publication of his first book, Visión del hombre y de la vida en las últimas obras de César Vallejo (1970), a pioneering work which greatly influenced subsequent scholars. Other key publications include the following books: César Vallejo en su poesía (1989), Hitos de la poesía peruana (1993), Lima. A cultural and literary history (2005) and History of Peruvian Literature (1987) (an extended version, Historia de la literatura peruana, was published in Lima in 2006). A selected bibliography of Professor Higgins’ publications can be found in Studies of Latin American Literature in Honour of James Higgins, eds. Stephen Hart and William Rowe, Bulletin of Hispanic Studies (special issue), 2005.

I first meet Professor James Higgins when I came to Liverpool in January 1995 to an interview for a joint lectureship in the Department of Hispanic Studies and the Institute of Latin American Studies. I was offered the job and, afterwards, invited to lunch with James, and Professors John Fisher and Benny Pollack (who recently passed away too) from ILAS. After lunch, James invited me to visit the department and in his office we had a detailed discussion about the job. When we finished and I was about to go back to Dublin, where I was working at the time, it started to snow. James accompanied me to look for a taxi to take me to the airport, but none was to be found, so I decided to take a train to London, where my family was living. During this short visit, James came across as he would continue to do during the almost 27 years I knew him: calm, considered, kind and hospitable, a true gentleman with a fine sense of humour. When I went to Liverpool for a second time to look for accommodation, James and Kirstine kindly invited me and my family for dinner at their home, as they would continue to do, now and then, during all these years, as well as coming to visit while they still lived in Liverpool. These gatherings were always warm, the food and wine excellent and the conversions entertaining and highly illuminating.

As Head of Department, James was very supportive, always available to have a chat or read drafts of academic work and provide constructive criticism: he would give his honest professional opinion, tell you what he thought was good and where improvements could be made, but he never made you feel as if he was the measure of everything. I learned a lot from James that helped me to improve my work and would stand me in good stead throughout my career.

In 1998, the University of Iceland contacted me to ask if I could form a panel to evaluate the work of two applicants for a lectureship in Hispanic Studies. I asked James if he could help and he immediately agreed. The job included a weekend trip to Iceland, one meeting and couple of days of sightseeing. I was impressed by James’ genuine interest in everything he saw and absorbed with enthusiasm, such as the old centre of Reykjavik, its old harbour, the places we visited on a day trip to the lava fields where the old Althing had been established in the year 1000, the Gullfoss waterfall, the geysers and the greenhouses where soft fruit and even bananas are grown. In Reykjavik we also met some members of my family and friends and enjoyed meals and conversation that sometimes went on long into the night. It was clear that all this delighted James and, later, he would often remember this experience with a great smile on his face.

Shortly after retiring in 2004, James and Kirstine moved to Scotland, where they settled down in a beautiful flat they had bought in an old mansion in the centre of Sterling. Once in Scotland, James started dedicating his life in retirement to reading Scottish history and literature: one thing he accomplished was to produce and publish a free translation in verse of John Barbour’s The Bruce, which he dedicated to his beloved wife, Kirstine. As part of James’ interest in Scottish history he started to research walks in historic Scotland and, as a member of the Ramblers, he discovered, designed and lead many walks. Our friendship continued to flourish and my wife and I regularly visited and stayed with James and Kirstine over the last 15 years or so, of which walks were an essential part. Also, the four of us went together to Iceland in April 2010. We travelled all over the south west of the island and visited and dined at the homes of my mother, my sisters, my oldest son and many good friends: it is an experience I will never forget, and I know it was very special for them.

The last time I saw James was when my wife and I went up to Scotland in mid-July 2021 to visit him and Kirstine. Although James had by then weakened somewhat, physically, we went for a couple of short walks and James was as sharp as ever. We could never have imagined such a rapid decline in his health.

I already really miss you my great friend. Bless you.