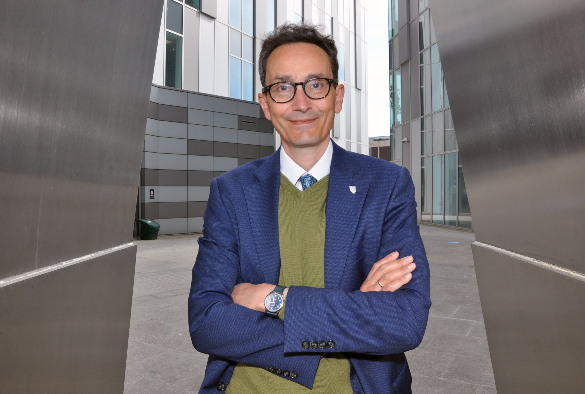 Professor Tom Solomon has been elected to the position of Vice President (International) by the Academy of Medical Sciences.

In the role Tom will focus on strengthening the Academy’s partnerships with lower and middle incomes countries, global scientific powers and European partners, to promote biomedical and health research. He will sit as one of six Honorary Officers, the Academy’s key decision-making group, central to steering the future direction of the organisation.

Professor Solomon is Chair of Neurology and Director of the National Institute for Health Research Health Protection Research Unit in Emerging and Zoonotic Infections at the University of Liverpool and an Associate Pro-Vice-Chancellor in the Faculty of Health and Life Sciences. He was elected to the Academy’s Fellowship earlier this year, recognising his instrumental work in developing strategies to reduce the global burden of emerging and neurological infections.

Professor Solomon said: “I am thrilled to be taking on this crucial role and join the Academy’s Honorary Officers. Despite only joining the Fellowship this year, I have followed the Academy’s work for many years and have been impressed by its international influence. The importance of international collaboration and partnerships has been brought to the fore by COVID-19, and the Academy’s vital role in securing cooperation and engagement to help address challenges such as this pandemic and beyond, has never been needed more.

“I am delighted to have this opportunity to work alongside the Academy’s President, Professor Dame Anne Johnson, as well as the Academy’s Council, Officers and the wider Fellowship to deliver the new international strategy.”

Academy President, Professor Dame Anne Johnson, added: “I am delighted to congratulate Professor Tom Solomon on his appointment as Vice President (International). Tom is a distinguished researcher of emerging global neurological infections and has worked with institutions around the world, providing advice to the World Health Organisation, as well as the USA and UK Governments, to contribute to the improvement of global health. He joins at an exciting time, as The Academy looks to expand its non-ODA funded international portfolio and expand our EU engagement. I am looking forward to working with Tom throughout my time as President, to create a clearer global voice for science.”

Tom will begin his four-year term as Vice President (International) from December 2021.