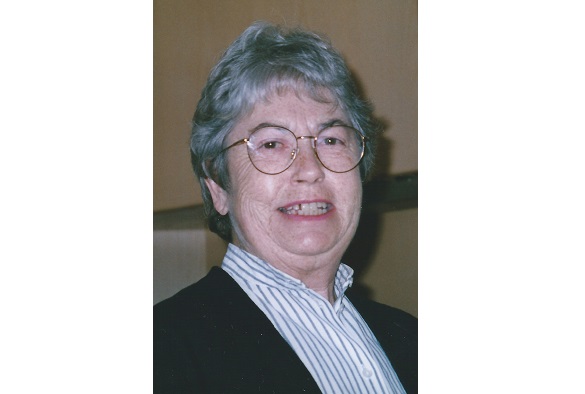 The University is saddened to learn of the passing of Doreen Bowsher, former Administrative Sub-Dean in the Faculty of Arts (until retirement in 1985). Doreen died peacefully in her sleep on 15 October, 2021, aged 91.  Her involvement with the University started as an undergraduate in 1948.  After graduation, she taught for eight years and then returned to the University as an Administrative Assistant.   While at University, Doreen met her late husband David Bowsher (subsequently a distinguished Reader in the Medical School, specialising in Neurology and a founder doctor of the Pain Clinic at Walton Hospital) and they were married in 1969.

She will be fondly remembered by many for her time in the Faculty of Arts as someone who could be firm when the need arose, but was also kind, helpful, supportive and had a great sense of humour. She had a wealth of experience, which she used to the benefit of staff and students within the Faculty of Arts and the wider University.

After her retirement, she continued her involvement with the University in many ways.

“After Doreen’s return to the University as an Administrative Assistant she held various roles, including PA to Vice-Chancellor Barnes, subsequently becoming the Administrative Sub-Dean in the Faculty of Arts. She held that powerful and well-respected role for 13 years, until early retirement in 1985. But her service to and interest in the University continued.  As a member of Convocation Standing committee, she served on the University Council as a Convocation representative from 1984 until its re-formation in 1998. She was a founding member of the Friends of the University. A valuable voluntary role was to sustain the annual dinner of the Presidents of the Guild of Undergraduates, thus evincing again and again her unshakable sense of our University as an ongoing community.”

“I first met Doreen Arthur in the late sixties when I was a Tutor in the recently opened Salisbury Hall on the Carnatic site. Doreen was a local resident and with her ready wit and great fund of anecdotes was always very welcome at Hall Guest nights.

In the eighties, I worked frequently with Doreen, now Doreen Bowsher (having married her late husband, David). Doreen was the Administrative Sub-Dean in the Faculty of Arts and I was Senior Tutor in that Faculty. Inevitably, we collaborated most frequently to help students with problems, particularly students who were called to appear before the Faculty Progress Committee. We listened to many tales of woe and students could always feel sure of a sympathetic reception in the Faculty Office from Doreen and her colleague, Myrtle Lewis.”

The funeral will be held on Wednesday 10th November at 1.30pm at the Springwood Crematorium (Rosemary Chapel), with a reception afterwards at the Sefton Park Hotel, Aigburth Drive.  Donations, if wished, to the British Heart Foundation.  Enquiries to Desmond H. Bannon & Sons, Gateacre Village, Liverpool L25 3PH  0151 428 3885.