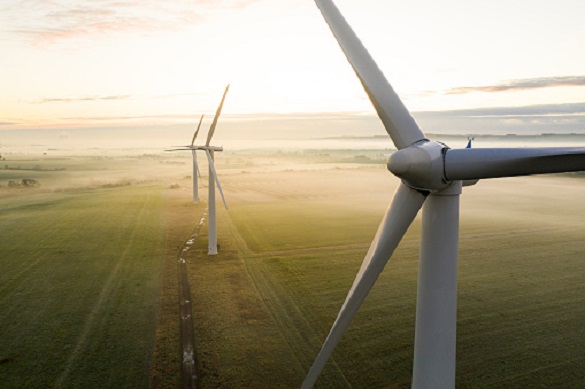 COP26 brought together parties from all over the world to accelerate action to tackle the climate crisis.

Professor Ric Williams, who heads up the University’s Climate Futures Research theme, attended COP26 and reflects on the landmark summit.

The Road to COP26

A landmark report by the Intergovernmental Panel on Climate Change (IPCC) in 2013 suggested that there would be 3.5°C of global temperature warming if action wasn’t taken to reduce our carbon emissions,

The Paris Climate Agreement in 2015 united almost all the world’s nations – for the first time – in a single agreement on cutting the greenhouse gas emissions which are causing devastating global warming.

In 2018, an IPCC report showed the difference between the world moving to 2 and 1.5°C global temperature warming in terms of the frequency of extreme events and biodiversity lost. This led to widespread public anxiety and pressure, including the schools strike of 2019.

This year, an IPCC report showed projections for global temperature warming had decreased from 3.5 to 2.7°C, still excessive but thankfully a slight improvement.

After the Paris Agreement and COP25, politicians around the world had made promises about minimising temperature rises but hadn’t come up with firm plans about how to do this.

This brings us to COP26.

World leaders, government officials, negotiators, scientists, lobby groups, NGOs and the media were amongst those who descended on Glasgow for the first two weeks in November to collectively address the climate crisis.

I was lucky enough to attend in my role as an expert in ocean sciences, having contributed research to the IPCC reports, and as the academic lead for the University’s Climate Futures research theme.

COP26 was a massive event, at times overwhelming, often confusing, but you also felt a positive sense of energy, of people coming together to try to achieve something for the greater good.

It can be described as three different but connected events.  The first COP involved Government representatives negotiating their national contributions and agreements. The second, which I was part of, brought together scientists, policy makers, media and lobby groups to share their perspectives and explain the impacts for different sectors. The third COP involved the public and student protests and was about maintaining public pressure on the event and on the world’s politicians.

COP26 has delivered increased promises in terms of each county’s nationally determined contributions (NDCs), the plans each country makes to reduce national emissions and adapt to the impacts of climate change.

Arguably the most important outcome of COP26 was the agreement to revisit these NDCs next year as opposed to in four or five years’ time.

By revisiting these next year, countries without credible plans can be held to task to see if they are delivering on their promises.

There was a lot of talk about China at COP26 and they have now agreed to meet the US on climate change and are making massive expansions with renewable energy. They are suffering heavily from the adverse effects of air pollutions so I am optimistic that they will eventually be on board to meet their targets earlier than they are promising.

So, from my point of view, the challenge is more with countries like Australia, Brazil and India who are either not engaging as much as they could or need to ensure their plans are credible.

There were individual country agreements about phasing out coal completely and there was widely publicised disagreement about completely ceasing or reducing coal use.

Either way, the message was clear – we need to be moving away from using coal as a source of energy and there was general international consensus that coal and carbon need to be kept in the ground.

Another outcome was a pronouncement about deforestation and promises to reduce or halt it. We don’t know for sure if all of these will be kept but in some cases they will and that is a huge positive step because the natural stores of carbon help reduce the need for us to change our economy and reduce our carbon emissions.

If we want to reduce the warming of the planet, we have to reduce the amount of carbon we emit which is why Net Zero carbon pledges are really important. The UK is aspiring to achieve this target by 2050.

Will the COP26 agreement reduce global warming to under 2 degrees?

It’s definitely a possibility and this was the view of Alok Sharma, President for COP26.

If some of the promises made by countries are met then it would lead to a projection of global warming decreasing from 2.7 to 2.4°C.

If the promises were kept by all countries and if early interventions are taken by India and some others, then some projections suggest that we would be moving towards a figure of 1.8 to 1.9°C warming.

Progress has been made over the last 6 – 8 years and we’ve gone from projections of 3.5°C global warming to a possibility of it being under 2°C.

What does the position look like for the UK?

Compared to 1990, the UK’s carbon emissions are about half of what they were so we are half way to achieving Net Zero by 2050.

This has been achieved mainly by phasing out coal power stations but also the tremendous success of renewable energy and the expansion of offshore wind power. More can be done and there is lots of effort to expand this further in particular moving to floating wind turbines.

The sectors that we need to progress in terms of reducing carbon are transport, agriculture, energy use in the home and industry all of which have been relatively constant since the 1990s.

The government plans a massive expansion in the use of electric vehicles.  Over the next decade, an increasing proportion of car sales will be electric vehicle. That itself throws up some challenges in terms of electric supply and how we’re going to generate all the electricity to sustain these vehicles.

Heating homes is a real struggle and this is an area where we haven’t made as much progress as we should have done. Insulation is a big factor. The aspiration is to move away from gas fire heating systems to electrification, probably involving heat pumps being used to keep homes warm.

Agriculture is a real challenge – what food we produce, how we transport it, what we choose to eat all creates significant carbon footprint.

There are moves to rewilding parts of Britain and that can have many positive effects and indeed reduce our carbon footprint.  However, if this means we then have to import more food, particularly meat, then it won’t move us to global net zero.

We absolutely need to do more but COP26 shows that if governments take action and if these promises are fulfilled, then we can start reducing the harmful effects of carbon emissions.

One key message from COP26 is that 80% of solutions already exist – but these need to be implemented as early as possible to make a real difference.

Some problems do require more research and innovation – particularly how we store energy, how we distribute energy, how we capture carbon and how we alter our supply chains.

These are problems that University of Liverpool researchers are engaged in and are working to address.

Responding to the global climate crisis through our research is the focus of the University’s Climate Futures Research theme. It brings together experts in a wide range of disciplines to explore impacts of climate change, develop solutions to environmental challenges and address knowledge gaps. Find out more by visiting this webpage.