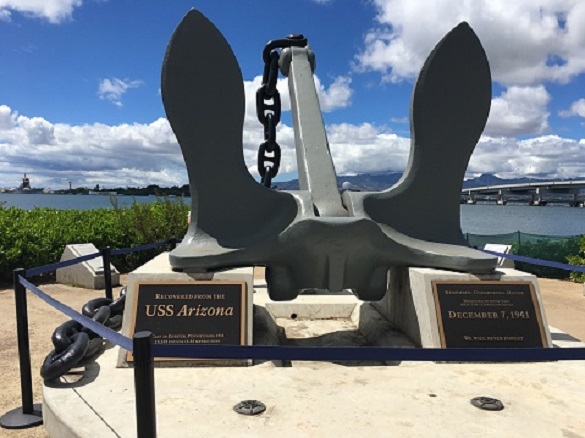 Dr Michael F Hopkins is a Reader in American Foreign Policy in the University of Liverpool’s Department of History:

Today marks the eightieth anniversary of the US declaration of war on Japan, the day after its surprise attack on the US naval base at Pearl Harbor, Hawaii. President Franklin D. Roosevelt famously described 7 December 1941 as “a date that will live in infamy.”

His words capture the sense of righteous anger felt by him and Americans across the nation, an anger that influenced the way the war was waged and how Japanese Americans were treated. Four days later Adolf Hitler declared war on the United States. Over the next four years America fought and defeated the Germans, and their Italian allies, and the Japanese in what came to be seen as a “good war” against Nazism and the holocaust, against the Japanese perpetrators of a sneak attack and brutalisers of Chinese and other populations.

The attack was the culmination of a decade of US opposition to Japanese aggression against China. In response to the Great Depression, Japan used military force to create its own exclusive economic sphere, establishing in 1931-1932 a puppet state in Manchuria and in July 1937 launching a full-scale invasion of China. Preoccupied by its own economic woes, possessing a limited military and recognising Japan as its third best customer, Washington, at this stage, did little more than protest at this challenge to its commitment to an economic open door in China. FDR spoke in Chicago in October urging the leading powers to unite in a quarantine of aggressors but the American public was unenthusiastic. Meanwhile the president set about building up US military strength over the next three years.

When, in September 1940, the Japanese moved into northern Indochina seeking raw materials, they expected once again merely words but were stunned by Roosevelt’s imposition of oil and steel sanctions. The president also made clear his displeasure at the Tripartite Pact with Germany and Italy, signed in the same month. Japanese occupation of strategic bases in southern Indochina in July 1941 led to a US oil embargo. The two countries were heading on a collision course.

Meantime, FDR was helping Britain in its conflict with Nazi Germany. In March 1941 Congress passed legislation extending Lend-Lease aid to Britain (and to China). In the following months Roosevelt stretched his constitutional powers by using his position as commander-in-chief to send US ships to patrol a steadily larger part of the Atlantic to protect convoys of US aid – by September this extended to the western half of the ocean. He kept Congress and the American public uninformed of his orders. When he condemned an unprovoked U-boat attack on the USS Greer, he omitted to reveal that the ship had been tracking the submarine.

As tensions escalated in the Atlantic, Secretary of State Cordell Hull and Japanese Ambassador Kichisaburo Nomura held a series of talks from spring 1941. By October-November they centred on three issues: the ending of Japanese adherence to the Tripartite Pact; the possibility of a deal involving Japanese departure from Indochina in return for restoration of trade with the US in oil and key metals; and the American insistence on Japanese withdrawal from China and commitment to the open door. There was progress on the pact with Hitler and on Indochina but China seemed an insuperable obstacle. American officials increasingly feared Japan would attack.

Conspiracy theorists have suggested FDR connived to push the country into war, citing Secretary of War Henry L. Stimson: “the question was how we should maneuver them into the position of firing the first shot without allowing too much danger to ourselves.” But Pearl Harbor was, rather, a failure of US intelligence, which had decrypted Japan’s top secret “Purple” diplomatic cipher, and whose Magic intercepts allowed Washington to warn on 27 November of a probable Japanese attack in the next few days. What remained a mystery was where this would occur. Thailand was one suggestion, another was the Philippines. The most obvious target was the naval base at Pearl Harbor but most American officials discounted it, believing Japan lacked the strength and capacity to launch such an assault.

On the day of the attack there were three missed opportunities. About one-and-a-half hours before the first plane struck, an intercepted a message indicated war was imminent. Tokyo ordered Nomura to break off negotiations once and for all and to deliver his message “at 1:00pm on the 7th, your time.”

This precision alarmed Army Chief of Staff George C. Marshall, who immediately drafted a warning to Army commands. Because the wireless channel to Hawaii was down, the signal was sent by Western Union, the next swiftest method of communication. Honolulu received the message at 12:33pm Washington time/7:33am Hawaii time but it arrived at Army command only after the Japanese attack was fully underway. Then there was the report, at about 7:00am, of a destroyer, detecting and depth-charging a Japanese midget submarine trying to enter Pearl Harbor. It was dismissed as another jittery over-reaction. Finally, a few minutes later a radar operator picked up the trace of a large formation of aircraft, which his incurious commander assumed was a scheduled flight of B-17s.

The outbreak of war with Japan initiated America’s “good war”, which in turn led to Washington’s postwar global engagement. The clash with Japan originated in US concern with China. Eighty years later, perspectives have changed. China no longer sees itself as a victim receiving American assistance. In a new spirit of confidence, it regards itself as one of the victors and creators of the new international order after 1945. World War II was therefore China’s Good War, as Rana Mitter has put it.