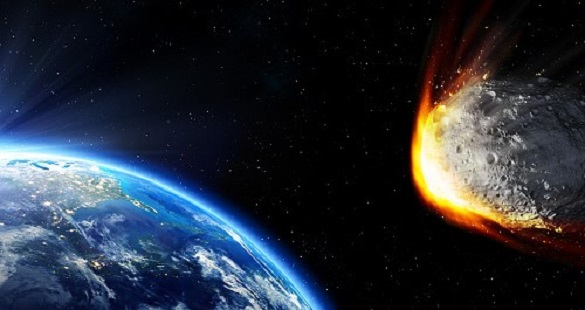 A new study has found that the minerology of the rocks that a meteorite hits, rather than the size of the impact, determines how deadly an impact it will have.

The earth has been bombarded by meteorites throughout its long history. Meteorite impacts generate atmospheric dust and cover the Earth’s surface with debris and have long been considered as a trigger of mass extinctions through Earth’s history.

A multidisciplinary research team from the University of Liverpool and the Instituto Tecnológico y de Energías Renovables, Tenerife with expertise in palaeontology, asteroid stratigraphy, mineralogy, cloud microphysics and climate modelling, sought to explore why some meteorites have caused mass extinctions, for example the K/Pg Chixulclub impact that killed off dinosaurs, yet many which are larger in size have not.

They analysed 44 impacts over the past 600 million years using a new method: assessing the mineral content of the dust ejected into the atmosphere upon impact.

Their findings, published in the Journal of the Geological Society of London, reveal that meteorites that hit rocks rich in potassium feldspar (a common and rather benign mineral) always correspond with a mass extinction episode, irrespective of size.

Potassium feldspar is non-toxic. However, it is a powerful ice-nucleating mineral aerosol that strongly affects cloud dynamics, which makes them let through more solar radiation. This in turn warms up the planet and changes the climate.  The atmosphere also becomes more sensitive to warming from greenhouse gas emissions, such as large volcanic eruptions.

He said: “For decades scientists have puzzled over why some meteorites cause mass extinctions, and others, even really big ones, don’t.

“It’s surprising when we put together the data: life carried on as normal during the 4th largest impact with a crater diameter of ~48 km, whereas an impact half the size was associated with a mass extinction only 5 million years ago.

“Many kill mechanisms have been proposed, such as large volcanic eruptions, but just like meteorites, these don’t always correlate with mass extinctions.

“Using this new method for assessing the mineral content of the meteorite ejecta blankets, we show that every time a meteorite, big or small, hits rocks rich in potassium feldspar it correlates with a mass extinction event.

This opens up a whole new avenue of research: what exactly kills off life during these episodes, and how long do the potassium feldspar effects last? Until now, only meteorites have changed the aerosol regime of the climate. However, present day human activities represent a similar mechanism with increasing emissions of mineral aerosols into the atmosphere.”

The paper `Meteorites that produce K-feldspar-rich ejecta blankets correspond to mass extinctions’ (doi.org/10.1144/jgs2021-055) is published in the Geological Society of London.