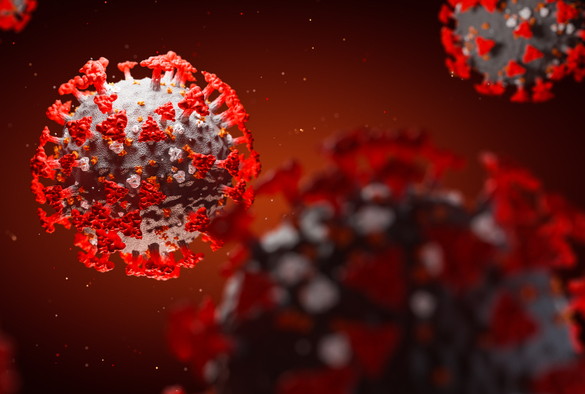 A new study by University of Liverpool researchers finds that mice infected with Omicron lose less weight, have lower viral loads and experience less severe pneumonia than those infected with other Covid variants.

The Liverpool team’s findings, published in the preprint server bioRxiv, are part of a growing body of evidence suggesting that the Omicron is more likely to infect the throat than the lungs, which could explain why it appears to be more infectious but less deadly than other versions of the virus.

Omicron is highly transmissible and partially or fully evades a spectrum of neutralising antibodies due to a high number of substitutions in the spike glycoprotein.

A major question is the relative severity of disease caused by the Omicron variant compared with previous and currently circulating variants of SARS-CoV-2.

To address this, a mouse model was used to assess and compare the relative severity of infection comparing an ancestral isolate with the Delta and Omicron variants of SARS-CoV-2.

In contrast to mice infected with ancestral and Delta variant viruses, those infected with the Omicron variant had less severe clinical signs (weight loss), showed recovery and had a lower virus load in both the lower and upper respiratory tract. This was also reflected by less extensive inflammatory processes in the lungs.

Professor James Stewart from the University’s Molecular Virology Research Group, who led the study, said: “These animal model data suggest the clinical consequences of infection with the Omicron variant may be less severe which ties in with emerging clinical data. However, the higher transmissibility of Omicron could still place huge burden upon healthcare systems even if a lower proportion of infected patients are hospitalised.”

The study has been reported by UK and international media, including The Observer and New Scientist.

‘SARS-CoV-2 Omicron-B.1.1.529 Variant leads to less severe disease than Pango B and Delta variants strains in a mouse model of severe COVID-19’ by Eleanor G. Bentley et al on bioRxiv

Please note this is a preprint, so it is a preliminary piece of research that has not yet been through peer review and has not been published in a scientific journal.