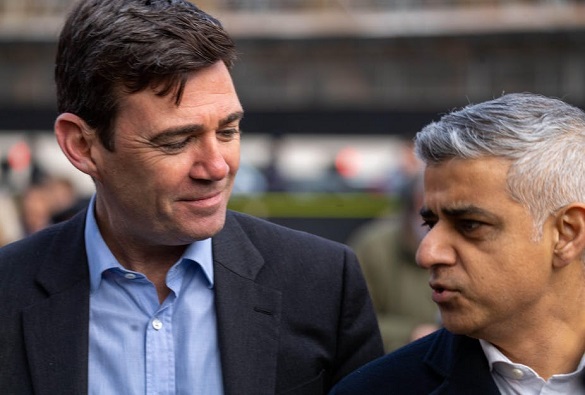 This article by Dr Alex Nurse from the Department of Geography & Planning was first published by The Conversation.

Adding more mayors to English regions is central to the UK government’s “levelling up” plan. From day one, part of the vision has been to expand mayoral devolution – giving more powers to regional combined authorities, rather than just being ruled by Whitehall.

Greater Manchester, the West Midlands and a handful of other areas have had mayors for some time, but the levelling up white paper promises that every English area that wants “London-style” powers and a mayor will be able to get one. This will involve establishing a combined authority of willing local councils, who agree on a devolution deal and then elect a mayor.

The government aim is to level up the nation’s “left behind” regions by 2030. On this timeline, the first to move to a new mayoral model will have eight years to complete their levelling up missions – the same time frame as those places that received devolution under the 2014 “Northern Powerhouse” strategy.

With that in mind, now is a good time to take stock of what mayoral models have actually been able to achieve over the last eight years, and learn from their mistakes.

The first thing to acknowledge is that progress will not be immediate. The first devolution deals were agreed in 2014 and 2015, and the first slate of metro mayors were elected in 2017. On this trajectory, it seems unlikely that all nine new mayors will be ready to sit by 2023, and some elections would also take place in 2024. This would give the new mayors six years to deliver levelling up, not eight.

Success requires a level of institution building. Combined authorities must be created from a standing start, and this takes time. Offices must be established, and staff must be recruited. Some gaps can be papered over by borrowing staff from local authorities, but a smooth-running machine can take a few years to get going. Beginning the process of devolution also doesn’t mean that it’s a done deal, and the north east famously had its devolution deal withdrawn after local partners failed to agree on the form it would take.

Once the combined authority is created, there is still the small matter of electing a mayor, and we have seen how it took the 2017 crop of metro mayors several years to find their feet, get to grips with their powers and start truly pressing forward. At its most extreme, the mayor of the Sheffield City Region, Dan Jarvis, spent two years working without a salary whilst the details of the devolution deal were fleshed out.

Even then, life as a metro mayor is not all smooth sailing. Greater Manchester Mayor Andy Burnham is the mayoral poster boy, and has made notable headway in some aspects of transport policy, including active travel and the creation of a publicly owned bus model. But equally, he has had bruising defeats on his proposed Greater Manchester spatial strategy and plans to establish a clean air zone.

The new intake of mayors won’t be exempt from challenges like this, and with the emphasis shifting to counties with more rural areas, we can expect debates about housing in the green belt to intensify. There is no guarantee a mayor will soothe open wounds and the new mayors will have to balance the need to deliver against housing targets with local authorities and councillors who may not be as enthusiastic to see new houses built in their area. Indeed it is this opposition which is widely viewed as causing the demise of the government’s proposed planning reforms late last year.

Proponents of the mayoral model would argue that a single democratically-elected leader provides a figurehead with legitimacy and accountability. This, the argument goes, means they can stand up for their area, it is no coincidence that many existing metro mayors are former MPs who campaigned on being able to unlock doors in Westminster.

In practice, even amid a growing field, only Burnham could be described as a mayoral A-lister, and this relies heavily on his previous name recognition as a government minister. That few other mayors can hope to attain the same fame might be a blessing in disguise for the government, given that Burnham uses his profile to be a persistent thorn in national government’s side.

Overall, early evidence suggests that the push towards mayoral governance has been largely successful. The mayors suffer few high-profile detractors, they are popular with their public, and the 2017 intake largely did well at the ballot box in the 2021 local elections.

Ultimately, and though it’s easy to see why “more of the same” is a simple tonic to offer, we should not lose sight of the fact the city-regional mayoralties are complex organisations that have taken time to set up. An eight-year deadline is not as long as it appears. Come 2030, many areas will find themselves not levelled up, but still climbing the stairs.