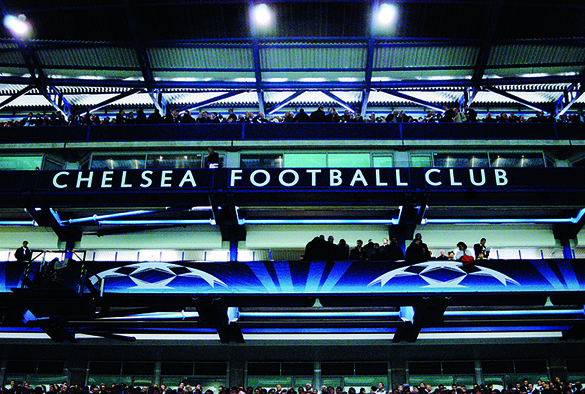 Over the course of the last few days the focus of most people’s attention has been the attack on Ukraine by Vladimir Putin’s Russian forces.

Football should be an irrelevant triviality in relation to this, but as the world’s most popular sport, it generates media scrutiny far exceeding its economic impact when linked directly or indirectly to authoritarian regimes, especially those that invade sovereign nations.

Chelsea FC plc is owned by a company called Fordstam Ltd, which was set up in June 2003 by Roman Abramovich, the Russian billionaire who also has Israeli citizenship and an EU passport issued by Portugal.

Chelsea FC plc has lost more money in the history of the Premier League than any other club in the competition’s existence. 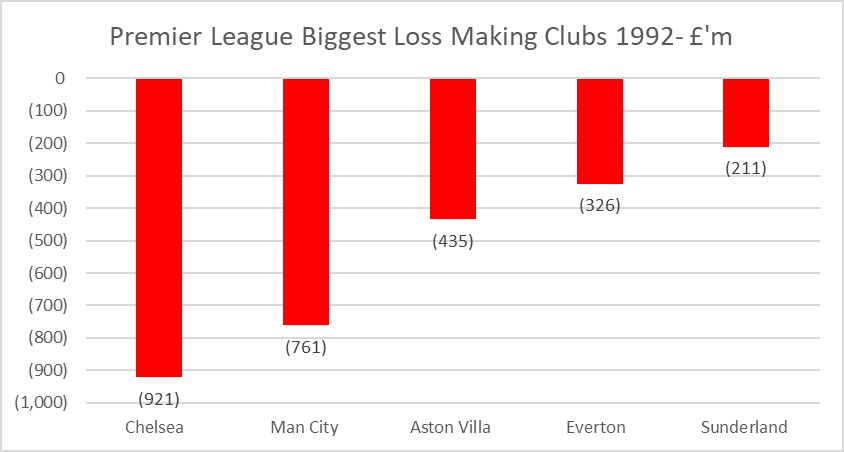 These losses have been ultimately underwritten by £1.5 billion from Camberley International Investments Ltd, a company based in the British Virgin Islands, which is also controlled by Roman Abramovich.

Roman Abramovich has been linked to Vladimir Putin historically and according to reports in The Guardian this relationship was a contributory factor to Abramovich’s investor visa not being renewed.

Since the invasion of Ukraine by Putin’s forces, there has been much scrutiny of Abramovich. On the evening of Saturday 26th February 2022 there was a statement published on the Chelsea website that the owner was “giving trustees of Chelsea’s charitable Foundation the stewardship and care of Chelsea FC”. This comment was unusual as it made no reference to Roman Abramovich’s ownership of the club, and the phrase ‘stewardship and care’ is not one that is usually used in relation to corporate legislation. There was no criticism of the behaviour of Vladimir Putin’s regime in this or subsequent comments from the club website.

The comment also appeared to come as a surprise to the Foundation itself, which had not agreed to take control of the club and was subsequently taking legal advice.

Abramovich’s decision may have been as a result of comments made by Chris Bryant MP, who used parliamentary privilege to say he had seen a leaked government memo that said Abramovich “remains of interest to the HMG [Her Majesty’s Government] due to his links to the Russian state and his public association with corrupt activity and practices”.

Roman Abramovich’s actions could be seen by some as therefore trying to create some distance between himself and the club, should sanctions be imposed by the UK government. Prime Minister Boris Johnson did claim recently that Abramovich was subject to sanctions, before a spokesperson said he had ‘misspoke’.

There have been many accusations of football providing ‘sportswashing’ in relation to owners, both individuals and state related, in recent years. As well as Roman Abramovich’s Chelsea relationship, Manchester City is controlled by the City Football Group based in UAE, Newcastle United has recently been taken over by the Saudi Arabian Public Investment Fund and Paris St Germain by Qatar Sports Investments. Critics say that such investments provide legitimacy and profile for owners who are involved in questionable ethical and moral behaviour.

Closer to Merseyside, Everton football club has benefitted from sponsorship from USM Holdings, a company controlled by Russian oligarch Alisher Usmanov. USM have the naming rights for Everton’s training facility, Fitch Farm, as well as an option on the club’s proposed new stadium at Bramley Moor Dock. Another of his companies, Megafon, is the shirt sponsor of Everton’s women’s team. Usmanov has previously called Vladimir Putin a ‘blessing’ to Russia. Under the ownership of Usmanov’s previous business associate Farhad Moshiri, Everton’s wage bill doubled from £84m in 2016 to £165m in 2020. Sponsorship and commercial income helped contribute towards this spending and ensuring that Everton did not exceed the Premier League’s Profitability and Sustainability rules.

Defenders of football clubs will point out that investment from overseas sources is not illegal and arises in many other industries in the UK. When it is linked, however directly or indirectly, to acts of aggression from one country to another, then scrutiny is inevitable.

The Premier League generates over £5 billion a year in revenue, some might say that it could be more selective with whom it chooses to do business.