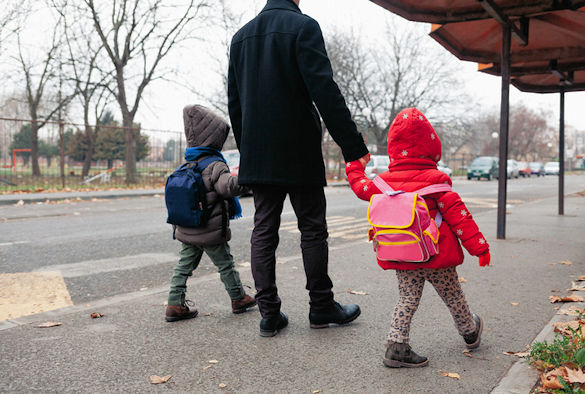 A major report launched this week in Parliament paints a stark picture of inequality for children growing up in the North of England post-pandemic compared to those in the rest of the country.

Hosted by the Northern Health Science Alliance (NHSA) and N8 Research Partnership (N8), the launch event for The Child of the North: Building a fairer future after COVID-19 report, originally published in December 2021, was an opportunity to speak to academic experts in health inequalities, child poverty, early years, children’s rights education, and discuss how to tackle the widening inequalities for children in the North of England.

The considerable costs to society and the UK’s economy of rising inequality are outlined in report, produced by the Northern Health Science Alliance (NHSA) and N8 Research Partnership (N8). The report is written by over 40 leading academics from across the North of England including co-lead author Professor David Taylor Robinson and Professor Helen Stalford from the University of Liverpool.

The report looks at a wide range of factors, from child poverty to children in care, to build up a picture of The Child of the North. It sets out 18 clear recommendations that can be put in place to tackle the widening gap between the North and the rest of England.

Professor of Public Health and Policy at the University of Liverpool and co-lead author of the report David Taylor Robinson, said: “Children growing up in the North of England get a bad deal. Due to poverty and lack of investment, their outcomes are worse across the board – from risk of death in childhood, to obesity, mental health, and education, and the pandemic has made the situation worse. The stark inequalities exposed in our report are preventable and unfair. Levelling up must begin with better policies for children.”

Along with the report’s authors, the NHSA and N8 are calling for a set of recommendations to tackle the inequalities suffered by children over the course of the pandemic, including increasing Government investment in welfare, health and social care systems that support children’s health, particularly in deprived areas and areas most affected by the COVID-19 pandemic.

Hannah Davies, Health Inequalities lead for the Northern Health Science Alliance and report co-author, said: “The Child of the North report illustrates in no uncertain terms that without significant, properly-funded measures to tackle the entrenched inequalities experienced by children in the North of England, from birth, there will be no levelling up in the country.”

Stephen Parkinson, of the N8 Research Partnership and report co-author, said: “If we fail to focus on children in the recovery, we risk burdening them with some of the most enduring consequences of the pandemic. As this report sets out, children growing up in the North have in many ways been disproportionately impacted, and we invite government at all levels to engage with our recommendations to secure the best possible future for them.”

The full report and recommendations can be found here.