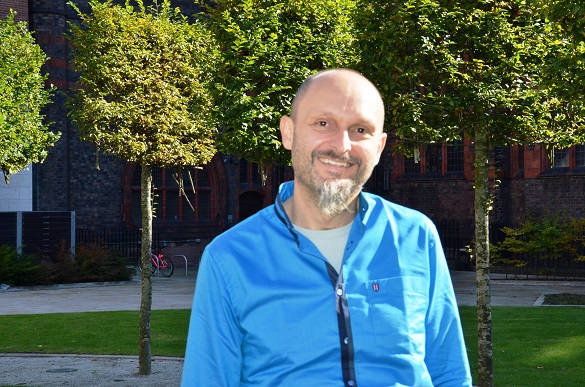 Professor Bruno Merk, who holds the Royal Academy of Engineering Chair in Emerging Technology at the University, discusses sustainable nuclear energy technology of the future:

The UK Government has announced that up to eight more nuclear reactors could be delivered on existing sites as part of the UK’s new energy strategy to boost UK energy independence and tackle rising prices. The proposed aim is to get nuclear energy back to deliver around 25% of the UK electricity demand equivalent to the proportion in the late 1990s.This is welcome news as one of the big advantages of nuclear is that it is a net-zero technology, which is in addition characterized through high reliability, low operational expenses, and high energy density[1].

Where there is so much light, there must be shadow too; there are some issues with current nuclear technology reactors in relation to sustainability inclduing possible environmental damage, this is what which happens when Uranium is mined and converted into the base material for nuclear fuel plus fuel waste disposal concerns.

All of these issues could be dealt with using a more advanced technology. The most promising one, iMAGINE, could operate directly on spent nuclear fuel, almost as it comes out of the current reactors. Thus, what is currently called a fuel waste storage problem would be turned into a large, secure and independent energy reservoir reducing our need to import energy. Maybe we will appreciate this soon. The technology could provide a factor of 100 more energy form of every gram Uranium mined in the past and would significantly reduce the final disposal challenge.

Now to the elephant in the room, the long construction time-frame and the uncertainties associated with delays and cost overruns, see e.g. the delays already experienced at Hinckley Point C, a real challenge for attracting investors. Rolls-Royce tries to make the case that they are working on this in the UK SMR programme, a reactor which could be factory built and delivered in serial production. Up to now, the gains are not proven yet and it is hard to imagine a real serial production like in the car industry.  Anyway, this still only address investors concerns and do nothing to address the waste and supply concerns..

How would engineers approach this problem? A nuclear power plant is the establishment of a process facility which turns a resource (primary energy Uranium) into usable energy (secondary energy heat or electricity). When engineers develop a process, they think and do so in steps – see e.g. the successful vaccine production in the pandemic. The process would be theoretical research, first table experiments and tests in a laboratory in the gram scale, small scale production in the kg scale, and finally industrial production in tons. Why not to go these steps for the development of a future nuclear technology reducing the development risk while qualifying the required number of subject matter experts rather than dreaming big in the first step? Let’s start iMAGINE, the nuclear of the 21st century now! A reactor experiment would be the first step to making nuclear energy an even more attractive investment for future generations as a basis for a safe and sustainable long-term energy strategy for the people of the UK.

A nice side effect of iMAGINE would be that we don’t need budgetary creativity like the “regulated asset base” funding model, designed to transfer some of the multi-billion-pound investment risk into the field of the taxpayer. The proposed stepwise development will reduce the delivery risk, which is one of the key problems for investors, who fear losing money when the facility is not delivering electricity in time. In addition, iMAGINE creates more energy resource for future generations from existing resources – thus creating an attractive sustainable, green investment.