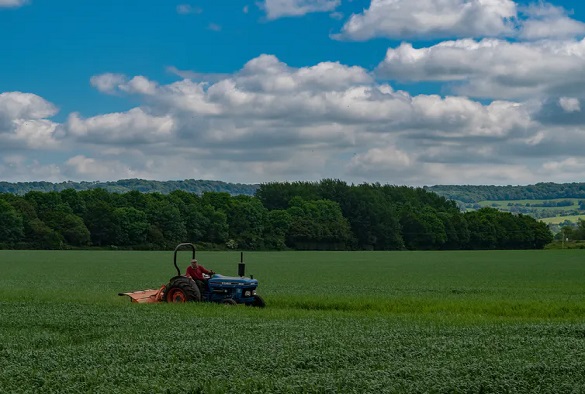 In the wake of a chaotic Brexit and an ongoing pandemic, farmers in the UK are experiencing high levels of isolation and loneliness. A poll in Farmers Guardian found that 94% of UK farmers felt this isolation was harming their mental health.

In research funded by the British Academy, we looked at how farmers engage with social media to understand whether it can help overcome isolation. To do this, we analysed 5,000 tweets by farmers and interviewed 25 farmers who use social media.

Our findings showed that social media provides farmers with a way of connecting to others and reaffirming positivity about their identity as a farmer. For example, the hashtag #Farming365 started life as an annual social media event to bring farmers together online. Now, it’s become a way for farmers to share their everyday lives online all year round to show that farming requires constant commitment.

Given the long hours spent in remote locations and the number of social events in the farming calendar cancelled thanks to the pandemic, this sense of positivity is crucial to prevent plummeting job satisfaction or even a mass exodus of farmers from their jobs. So anything that can be done to increase it could be worthwhile.

But farmers’ social media use goes beyond simple information gathering. We found that Twitter is often used by farmers as a diary to map out farm work as it progresses, using photos and videos.

As farming is shaped by annual rhythms, it’s common for farmers to reflect on their decisions in relation to previous seasons – for example, by comparing pictures of their current crops with last year’s. Documenting farming online allows farmers to receive empathy and encouragement in real time.

Farmers also use social media to interact with the public. In particular, many advertise their skills and products – such as meat and vegetables – through sharing stories about the journey from field to fork.

Farming vloggers such as Tom Pemberton have even found an alternative stream of income by making YouTube videos discussing their everyday struggles and achievements. As part of the online event #farm24 run by Farmers Guardian and supermarket Morrisons, Tom shares with viewers the typical tasks he accomplishes in a day’s farming: including milking, calf-rearing and running the family’s farm shop.

Alongside marketing benefits, our findings suggest that social media is an important way for farmers to respond to news items and farming debates. One farmer we interviewed commented that social media offers “a chance to give our side of the story”.

This might involve revealing unseen aspects of farming to the public, such as routine activities like milking which take place inside farm buildings during the early morning and late night. We found that receiving positive responses to these posts, particularly during the pandemic, helped to boost farmers’ sense of pride in their work.

On the flipside, negativity was commonly reported by farmers on social media: especially around issues of animal welfare, gender and environmental issues. Our research found that this potential for criticism meant social media posts are often heavily curated and stylised.

This can lead other farmers to feel that such posts give a “rose-tinted” view of farming, masking some of the harsher truths of the occupation such as animal death and disease. Such a bias towards positivity can be detrimental to farmers’ wellbeing, with one commenting that “it makes you feel that everyone is doing a better job than you.”

Social media cannot replace face-to-face contact or in-person networking opportunities, both from a personal and professional perspective. But online platforms can play a big part in bridging the gap between rural and urban communities, offering avenues for support beyond one’s immediate farming network, and helping farmers work together with the public to build a more sustainable food system.