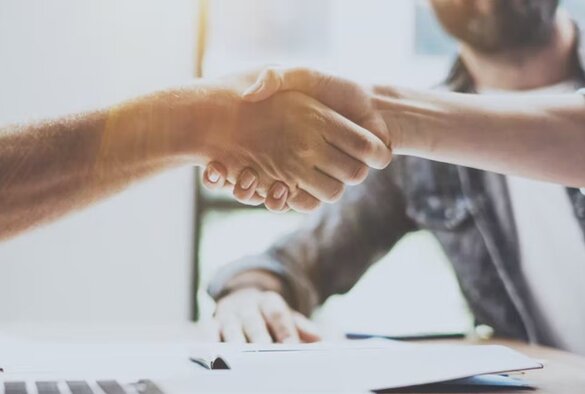 Over the past century, unions have successfully campaigned for a minimum wage, holiday and sickness pay, equal opportunity rights, maternity and paternity rights and a two-day weekend for British workers, among other benefits.

With more than 40,000 UK rail workers participating in the recent very visible strike action, discussions about why people might want to join a trade union have tended to focus on improving pay and working conditions. But unions can do much more for employees and even for employers. In fact, research shows their benefits can extend beyond individual organisations, boosting sectors and even the economy by reducing staff turnover, providing or promoting training and encouraging innovation.

Research from the Organisation for Economic Co-operation and Development (OECD) from 35 countries shows that individuals working in organisations where unions engaged in firm-level collective bargaining enjoy higher wages.

And, when pay and conditions are protected, employees are less likely to change jobs, certainly in the UK. Data published in 2021 by the Office of National Statistics (ONS) shows 47% of unionised workers worked for the same employer for ten years or more, compared to 29% of all employees. A 2017 analysis of the national Work Employment Relations Survey (WERS) data, commissioned by the Trades Union Congress, similarly found that staff were less likely to voluntarily leave unionised organisations.

While more recent survey evidence would be helpful – and the WERS analysis points out that data in this area can be sparse – it makes a number of other noteworthy conclusions. These relate to a positive correlation between innovation, attitude to work-life balance and off-the-job training at unionised organisations. Other research shows the benefits of training in relation to worker retention and productivity.

So how have unions been able to have this kind of impact on working life? Collective bargaining is a major factor. The interests of employers and workers conflict and/or converge to varying extents at different points in time. And while unions attend disciplinary and grievance meetings with individual members, they also engage in collective bargaining on behalf of their members by negotiating with employers on pay and conditions. If negotiations break down and unions meet the Trade Union Act balloting thresholds, members can organise strike action.

It is at such times that union density – the percentage of employees who are union members – is key, particularly when it comes to collective bargaining. High union density within an organisation can be a powerful bargaining tool when strikes are threatened.

The impact of collective bargaining varies depending on the type of system adopted, according to OECD research . It shows that the best outcomes for employment levels, productivity and employee wages are achieved via collective bargaining that aligns wage and working conditions agreements across sectors, but also allows agreements to be adapted at the organisation level. This is known as “organised decentralisation” and is used in countries such as Austria, Denmark, Sweden and Germany.

Further strikes by rail workers could happen in coming weeks and there is growing discontent among other workers, including British Airways staff, teachers and NHS workers. Unions will be at the forefront of any negotiations between these workers, their employers and the government. Industries with higher union density will bring more power to the negotiating table.

The percentage of unionised workers varies across sectors, industries and age groups in the UK, however. About half (50.1)% of UK public sector employees and 12.8% of private sector employees were unionised in 2021. The four industries with the highest union density are education (49.4%), human health and social work activities (39.2%), public administration and defence (38.6%) and transport and storage (36.6%). Employees over 35 years of age made up 63% of the UK’s overall employees and 76% of unionised employees in 2021. Only 4.3% of union members were aged between 16 and 24 years old and 19.8% were aged between 25 and 34 years old.

One reason for lower membership levels among younger workers is that they are more likely to be in precarious employment with less access to unions. For example, one-third of those aged between 18 and 34 years old returned to the workforce after the pandemic via the “gig economy. ONS data also shows that 15.1% of workers in temporary positions are unionised compared to 23.7% of workers in permanent positions. Yet, a June 2022 YouGov poll shows 49% of respondents aged between 18 and 24 years old support the rail strikes, with older age groups showing less support.

The potential for strike action across several industries in coming months relates to societal issues such as decreasing real income. Dialogue between unions, employers and government could help address these concerns without the need for strike action. In fact, research shows that collective bargaining by unions can benefit both sides – companies and employees – as well as society. But, as we have seen in recent weeks, its failure can create significant disruption in workplaces with strong union membership.

More
P&O Ferries: how some companies can afford to break the law