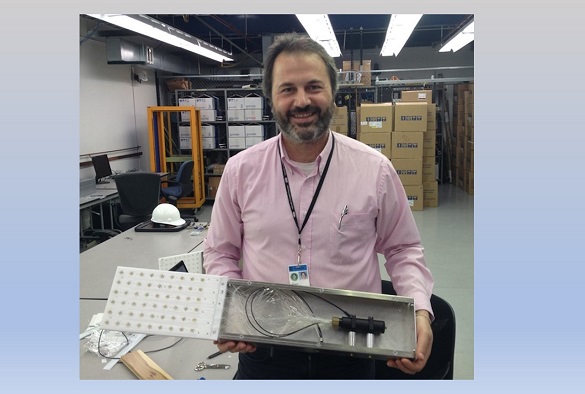 A world leading researcher in precision muon physics, Professor Graziano Venanzoni, will join the University this autumn thanks to a £4.3M Leverhulme International Professorship award.

Professor Venanzoni, who is currently based at INFN Pisa, will establish a team of world experts, early career researchers and graduate students to carry out a cutting-edge programme in precision muon physics at the University.

The Leverhulme Trust’s International Professorship awards are designed to enable universities to recruit high-level research leaders from around the world.

It is a highly competitive scheme and Professor Venanzoni’s award is one of only 5 awarded this year, which is the second year of the programme.

Professor Wiebe Van Der Hoek, Executive Pro Vice Chancellor for the Faculty of Science & Engineering said: “I am delighted about Graziano joining the University. His arrival is exciting for our colleagues in our world leading group in Particle Physics, for our work on Digital and Data Intensive Science, and for Theoretical Physics and Mathematics.”

Professor Anna Vignoles, Director of the Leverhulme Trust said: “I am delighted that our award has enabled the University of Liverpool to attract such an esteemed academic to the UK to work on the exciting cutting edge of particle physics. This is precisely what our Leverhulme International Professorships were designed to do, and I have no doubt that UK research will benefit enormously from his work.”

Professor Venanzoni is a recognised international leader in the field of muon physics and has made important contributions to key experiments as well as to the theory framework in this field.  He was recently included in Nature magazine’s annual selection of five scientists-to-watch for 2022 (Nature’s 10 – Ones to watch)

Professor Venanzoni is currently one of the two spokespersons leading the muon g-2 experiment at the Fermi National Laboratory in the US. In 2021, this experiment, in which the University of Liverpool also participates, confirmed a compelling mismatch between the measured and predicted values of the magnetic moment of the muon (see also Spin or `New Physics’? – News – University of Liverpool).

Professor Venanzoni’s research programme will pursue the measurements and calculations necessary to firm-up the anomalous g-2 results with increased accuracy, as well as developing the next generation of muon experiments that will allow to constrain or explore possible explanations for the discrepancy.

He said: “I would like to thank the Leverhulme Trust and the University of Liverpool for giving me this opportunity. I’m extremely excited and I look forward to using this grant to consolidate our understanding of the laws of nature at the most elementary scale and possibly find new physics! My programme will benefit enormously from the experience of Liverpool colleagues in building detectors and doing frontier research.”

With Professor Venanzoni and his team joining forces with the existing particle physics, theoretical physics and accelerator science groups on muon physics, the University will extend its involvement and leadership in the international muon precision physics programme.

Professor Joost Vossebeld, Head of Liverpool’s Experimental Particle Physics group, commented: “We look ahead to working with Graziano and his team to build a truly world leading activity in muon precision physics, an extremely exciting area that will continue to grow in significance.”

Professor Thomas Teubner, Head of Research in the Department of Mathematical Sciences, has collaborated with Prof Venanzoni for many years. He added: “Progress on theoretical predictions and simulations will be crucial for further breakthroughs in precision particle physics and the possible discovery of new physics. Graziano’s grant and his appointment to Liverpool will deepen research links across the Maths and Physics Departments, bridging between experiment and theory.”

Professor Venanzoni’s research team will be based across Physics and Maths, aligning well with the strategic priorities and increasing collaborative links between the two departments.

Professor Rachel Bearon, Head of the Department of Mathematical Sciences, said: “Advanced mathematics is central to fundamental discovery science, and Graziano’s appointment across the physics and maths departments highlights the world-leading research in both theoretical and experimental physics taking place in Liverpool”.

Professor Carsten Welsch, Head of the Physics Department, commented: “Professor Venanzoni will find an ideal environment to combine his unique strengths and leadership with the world-class expertise in our particle physics, theoretical physics and accelerator science groups working on muon physics. This will assemble an outstanding team that is expected to set the direction for the future of muon physics worldwide and to achieve real breakthroughs in fundamental physics.” 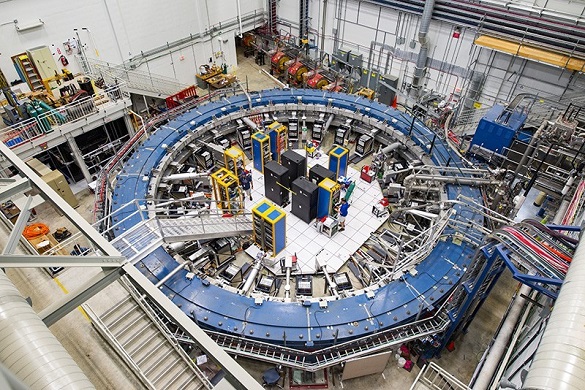