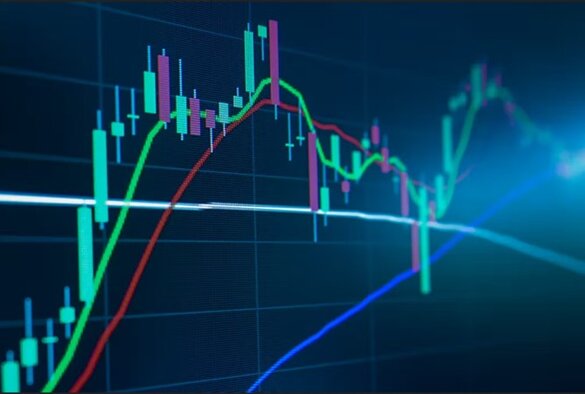 The recent dramatic events that led to the resignation of UK prime minister, Boris Johnson, on July 7 2022 raise the issue of how politics – and economic policy uncertainty more specifically – affects the UK economy. The answer, of course, is that it does, and sometimes for as much as two years.

News of Johnson’s resignation produced a small rally in sterling, which was limited by expectations of his exit after a flood of ministerial resignations in the preceding days. The likelihood of a UK recession has probably had more of an impact on the pound recently, but an upward tick in political certainty following days of speculation over whether Johnson would resign seems to have boosted sterling. This certainty will, of course, be short-lived as we now must wait for the outcome of a Conservative Party leadership contest.

Any major political change such as this will also create uncertainty around economic policy. This can be measured by tracking discussion of such uncertainty in newspapers, as well as surveys of economic forecasters, for example. Recent research I conducted with Michael Ellington and Marcin Michalski, also from the University of Liverpool, uses such data from research project Economic Policy Uncertainty to show that rising uncertainty about UK economic policy can damage GDP growth for up to 12 months. This can also spill over into UK financial markets – in the form of higher long-term borrowing costs and increased volatility in the UK bond, foreign exchange and stock markets – for as many as 20 months.

Such unwelcome developments will continue to cause the UK economy to contract – unless, of course, economic policy uncertainty recedes. At the moment, the hope is that the resignation of Johnson, followed by a fairly quick appointment of a new prime minister, will go some way towards providing political and economic stability.

But since a speedy new appointment is unlikely, it’s worth looking at exactly how – and how much – continued uncertainty could affect economic indicators such as the value of the pound.

Here are three charts that provide some insights:

1. The impact of uncertainty on sterling

Sterling reflects investors’ confidence in the UK economy. Rising economic uncertainty should push the pound down. The recent rise in economic policy uncertainty following the chaotic events related to the end of Johnson’s premiership is actually very mild compared to events like the 2016 Brexit referendum or the beginning of the COVID pandemic in March 2020.

The chart below compares economic policy uncertainty (in red) with the value of sterling versus the US dollar, showing that the correlation is limited. Correlation is measured as a range from 1.0 to -1.0 (with zero, the middle point, meaning no correlation). This lack of strong correlation holds over both the 12-month growth rate of sterling versus the dollar (shown in blue at a correlation of -0.18), as well as the two-year moving average (shown in grey at a correlation of -0.22). In other words, economic policy uncertainty does affect sterling, but it only accounts for a small part of any change in its value.

Indeed, the most recent fall in the value of sterling (which was 13% weaker against the dollar in July 2022 versus 12 months ago, and 10.5% lower than the two-year average) is more probably linked to worries about the weakness of the UK economy. According to the OECD, UK growth is set to be the worst in the G20 in 2023, apart from Russia. The prospect of the UK entering into a recession, as forecast recently by the Bank of England’s policymakers, has been a much more potent force on sterling than uncertainty.

2. The impact of some certainty on UK business investment

But even when some indication of future plans is given by the government, it doesn’t always tip the balance. For example, the newly appointed chancellor of the exchequer, Nadhim Zahawi, wants to kick-start the UK economy with a review of the planned corporation tax increase from 19% to 25%. The theory is that scrapping the planned increase will encourage UK business investment, which will ultimately lift UK GDP growth.

It’s also worth noting that the UK Office for Budgetary Responsibility has warned of a worsening outlook in UK public finances, which undermines the new chancellor’s hopes for tax cuts since that would add to deteriorating public finances.

The resignation of Johnson should lead to more normal functioning of the government in the UK, paving the way for less economic policy uncertainty. This is clearly a good thing. As my research in this area shows, uncertainty can have an economic effect for up to two years. Given the current outlook for the UK economy, we need all the certainty we can get.