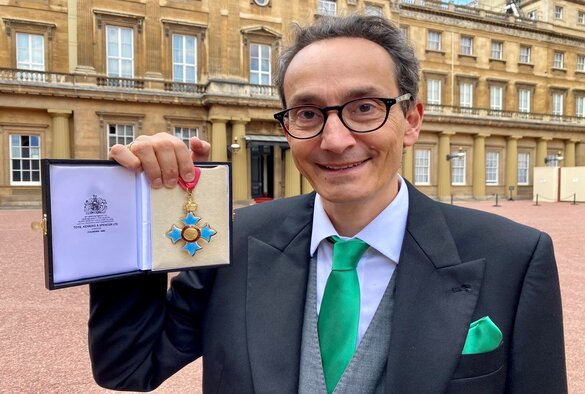 The University’s Professor Tom Solomon received his CBE from the Princess Royal at an investiture ceremony held at Buckingham Palace.

After joining the University in 1998 from the University of Oxford, Professor Solomon established the multi-disciplinary Liverpool Brain Infections Group and was appointed Chair of Neurological Science in 2007. He is also an Associate Pro-Vice-Chancellor in the University’s Faculty of Health and Life Sciences and an honorary consultant neurologist at the Walton Centre NHS Foundation Trust and Liverpool University Hospitals NHS Foundation Trust. Professor Solomon was recently appointed Director of The Pandemic Institute. 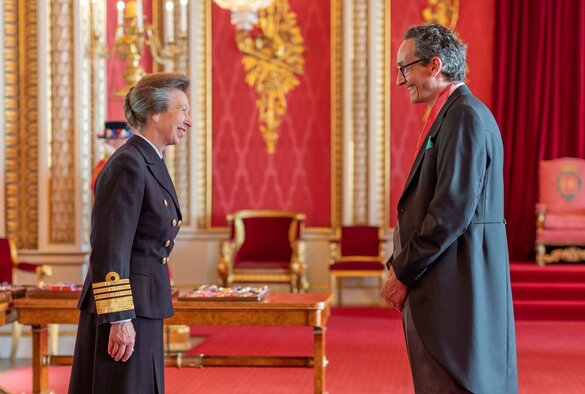 Internationally renowned for his expertise in encephalitis (inflammation and swelling of the brain), Professor Solomon’s research into mosquito-borne Japanese encephalitis was crucial to the success of World Health Organisation (WHO) efforts to reduce the disease through vaccination in Asia.

As Director of the National Institute for Health Research (NIHR) Health Protection Research Unit in Emerging and Zoonotic Infections and an advisor to the UK Government and WHO on emerging infections, he has played an important role in the response to Ebola, Zika and most recently COVID-19. During the pandemic he has chaired government research funding committees, advised the Medicines and Healthcare products Regulatory Agency (MHRA) on vaccine safety and led international research into the effects of COVID-19 on the brain. 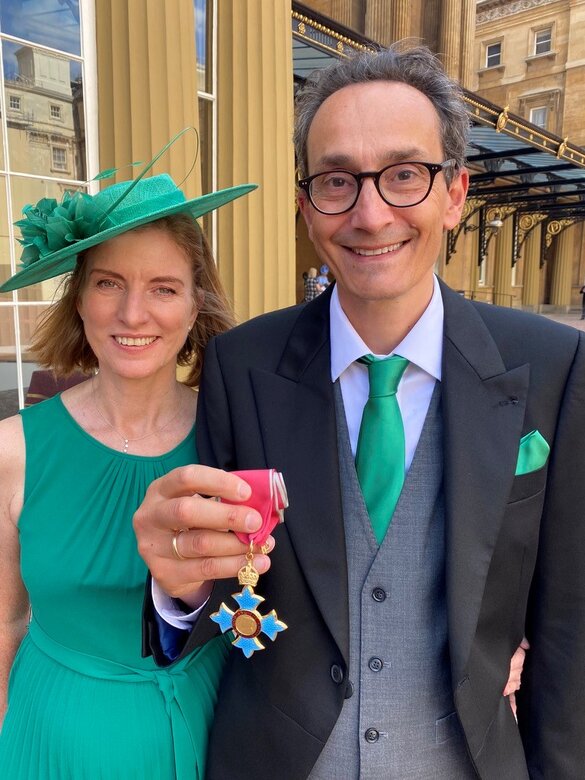 A passionate advocate of public engagement, he is president of the Encephalitis Society, appears regularly as an expert in the media and hosts the popular Scouse Science podcast.

Professor Solomon said: “I am truly honoured by this award, which reflects the tremendous support I have had from family and friends, plus the enormous efforts of a very large group of colleagues over many years.

“Not least among these is my wife, Dr Rachel Kneen (pictured above) a paediatric neurologist at Alder Hey Children’s Hospital who has made major contributions to the work.

“When I first started working on emerging infections in Asia 25 years ago, many people thought this was a rather esoteric and niche subject. But over the last two and a half years we have all seen the enormous impact such infections can have, and how important an area this is.” 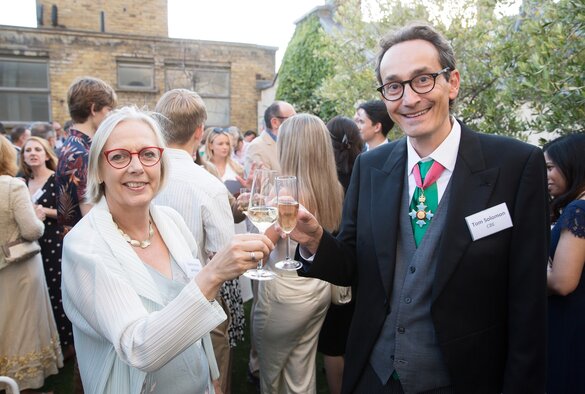 After the investiture at Buckingham Palace, Professor Solomon celebrated with family, friends, and work colleagues at the Academy of Medical Sciences in London (where he is Vice President – International) including the Academy’s President, Dame Anne Johnson (pictured above).

Professor Louise Kenny, Executive Pro-Vice-Chancellor for the Faculty of Health and Life Sciences, said: “Professor Tom Solomon has dedicated his career to addressing the threat of emerging viruses, especially those which infect the brain. As Director of the NIHR Health Protection Research Unit in Emerging and Zoonotic Infections, Tom has played a critical national role in our response to the COVID-19 pandemic and has also found time to communicate complex science to a wide audience via his wonderful podcast.”