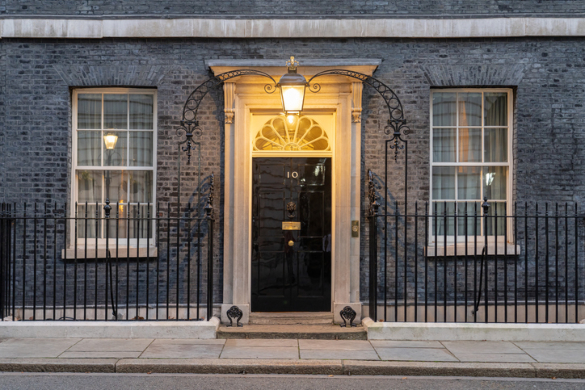 This article by Dr Andrew S.Roe-Crines from the University’s Department of Politics, was first published for The Conversation:

The Conservative party has got a problem. The problem can best be described as the coming together of a series of problems that will make re-election harder.

In the run-up to the next election, voters will have the ongoing cost of living crisis at the forefront of the their minds. People are struggling financially as a result of out-of-control energy prices and are harbouring increasing resentment towards the utility companies profiting from their payments.

There is a general sense that the party of government is in need of a wholesale ideological renewal of the kind best conducted while in opposition. The new leader will seek to present a fresh face and new perspective. However, both Liz Truss and Rishi Sunak served under Boris Johnson and the air of continuity may taint those attempts to revitalise if a positive vision fails to emerge.

Parties who stay in power for long periods often suffer the signs of governing degeneration. Attempts can be made to press the reset button by changing leader in government (as the Tories did in 1990 and Labour in 2007). But the fundamental problems of internal disunity, resentment at broken promises of promotion to backbenchers, and lack of forward-looking grand vision can prevent the attempt from working. The problems facing the old leader return to overshadow the new.

After more than a decade in power, it’s difficult to see how the Conservatives can turn things around and return with a working mandate at the next general election without a grand positive vision. At present, all the government is selling is bad news on the economy, bad news on social policy, and bad news on Britain’s place in the world. Where’s the hope?

If they do lose power, the Conservatives will need to ask some searching questions about their performance in government. They will need to seriously consider whether it is time to abandon the language of Thatcherism (Thatcher herself would argue the ideology of 1980s has no place in the 2020s), and begin the journey back towards a new version of the kind of modernisation promoted by former prime minister David Cameron.

Granted, Cameronism brings with it an essentially economically liberal agenda, but the tone of modernisation goes beyond economics and includes social policy and overall attitudes and values.

At present, the Conservatives equate strength with an ever-rightwards march. Yet this route is un-conservative. It is incompatible with the British values the Tories seek to defend, such as aspirational idealism, the notion of welcoming those in need (and recognising that legal immigration and refugees as contributors to society), and an avoidance of protectionism which cuts the UK off from global opportunities.

The Conservatives need to avoid the trap of assuming that shifting to the right and strength are the same thing. Indeed, often it is strength in compassion that Cameronite modernisation sought to emphasise – something that was often forgotten in the Johnsonite language of combat.

So, what is to be done? At present, the trajectory for the new Conservative leader will be rocky. They will inherit a to-do list that requires knowledge and expertise if the government is to start solving problems rather than continuing to simply respond to crises with knee-jerk policies.

See, for example, the online safety bill and its attempts to protect individuals from harmful content by limiting message encryption in a way that will inevitably undermine businesses needing to keep commercial data private.

This, and multiple other policies are deeply indicative of the impulse to react rather than act. The new government needs to avoid reacting automatically to daily crises, and instead listen to evidence while acting with understanding and the strength of compassion.

This means avoiding seeking the quick and easy solution, and instead learn the essential lessons of Thatcher, Blair and Cameron, and lay foundations for long-term and workable solutions. Thinking long term enables a government to plant the seeds of future achievement, and with it, electoral success.

The Conservatives are currently in a precarious position. It is a position that can be easily portrayed by opponents such as Labour as one of failure. They need only point to the current rate of inflation, household debt and prices to illustrate their point.