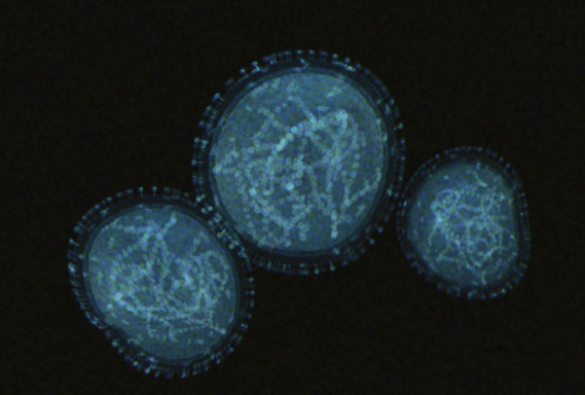 A new study commissioned and funded by The National Institute for Health and Care Research (NIHR) investigating a potential treatment for people who have been diagnosed with monkeypox has recruited its first patients.

Monkeypox, a member of the smallpox family of viruses, has historically been rare outside west and central Africa. However, in May this year, an outbreak was identified in the UK, followed by cases appearing in multiple other countries outside Africa. On 23 July this year, the World Health Organization declared monkeypox to be a Public Health Emergency of International Concern.

Typical symptoms of monkeypox include a rash with painful blisters, which may be widespread or affect just one part of the body. Other symptoms can include fever, muscle ache, and swelling of lymph glands. Monkeypox usually gets better without treatment but this can take several weeks and, rarely, there may be serious complications.

Although vaccines developed for smallpox may reduce the risk of catching monkeypox, there are currently no proven therapeutics to speed recovery in those who develop the disease. The Placebo-controlled randomised trial of tecovirimat in non-hospitalised monkeypox patients (PLATINUM) study will test the efficacy and safety of tecovirimat, an antiviral treatment originally developed for smallpox.

Tecovirimat (also known as TPOXXÒ) prevents the virus from leaving infected cells, stopping its spread within the body. It was licensed earlier this year by the Medicines and Health products Regulatory Agency (MHRA) for monkeypox based on promising results from initial studies in animals and evidence of safety in healthy human volunteers. It is currently in use for the treatment of patients with severe complications of monkeypox who are admitted to hospital. However, to date there have been no clinical trials to confirm whether the drug can help monkeypox patients recover from the disease.

PLATINUM is being led by the University of Oxford. The study also involves experts from the UK Health Security Agency, Chelsea and Westminster Hospital NHS Foundation Trust, and the University of Liverpool, who are leading on the laboratory analysis and sample logistics required to support the trial.

The University of Liverpool’s Professor Calum Semple OBE said: “Monkeypox is a deeply unpleasant and painful disease which often leaves people with scars on their skin and can cause death in susceptible individuals. We are fortunate in Liverpool to have experts such as Professor Neil Blake who is experienced in handling poxvirus, and Professor Bill Greenhalf and myself who have experience in the logistics of collecting and processing data and samples collected during outbreaks of serious infectious disease.”

Professor Sir Peter Horby, Co-Lead of the PLATINUM trial alongside Professor Sir Martin Landray, said: “Monkeypox is a distressing and sometimes dangerous infection. For the benefit of current and future patients worldwide who have been diagnosed with monkeypox, we need definitive evidence that tecovirimat is safe and effective. Although the early data on tecovirimat are promising, only a randomised clinical trial will provide the level of evidence we need to treat patients with confidence. PLATINUM will provide that evidence.”

Professor Lucy Chappell, Chief Executive of the NIHR and Chief Scientific Adviser at the Department of Health and Social Care said: “This study is a very important next step towards looking at treatments for monkeypox for those being outside of hospital. It’s crucial that we invest in developing, refining and evaluating treatments for this disease. We have commissioned this research to show the sense of and seriousness with which the health research community is collectively approaching this issue. ‘The trial will be run by a team including Sir Peter Horby’s preeminent RECOVERY team, whose world-leading work was so impactful for improving patient outcomes during throughout the COVID-19 pandemic. The rigour and robustness of this study will ensure that the findings are widely recognised, and help us to move forward in evaluating treatments for monkeypox.”

PLATINUM participants will be randomly allocated to receive either a 14-day course of 600 mg tecovirimat twice daily or a matched placebo treatment. It will be a community-based trial, with participants taking the treatment or placebo in their own homes.

Eligible participants will be identified following clinical assessment and laboratory confirmation of monkeypox infection as part of usual NHS clinical care. The study aims to recruit at least 500 participants from across the UK. To find out whether tecovirimat helps patients to recover faster, the study will assess the rate at which skin and mucosal lesions heal. It will also assess the time taken until throat and lesion swabs test negative for monkeypox virus and the proportion of patients who require hospitalisation due to complications from the disease.

Minister for Public Health, Maggie Throup said: “This government-funded study is an important step to finding a treatment which can help speed up the recovery of those who have monkeypox. ‘Led by the same experts behind the world-leading COVID-19 RECOVERY trial – which developed ground-breaking treatments for patients – this new monkeypox treatment trial will test the effectiveness of the antiviral tecovirimat in fighting the disease. ‘Vaccines remain our best defence against the spread of monkeypox – we urge all those eligible to come forward when contacted, and report any symptoms to NHS 111.”

Harun Tulunay, a Training and Volunteer Coordinator for Positively UK (a charity that supports those living with HIV) from Shoreditch, London who was diagnosed with monkeypox in June 2022, said: “When you are really sick and in pain, you are ready to try anything, but you do want to know if it is going to work or not. I was at the Royal Free London, very much suffering from monkeypox when my doctors offered me tecovirimat. They told me there were no data on how efficient it was, but after days, even weeks, of no improvement in my health, I still wanted to take it. And for the first time, my health improved and I started to feel better. ‘I don’t want anyone else to become as severely sick as I was, and this study will help patients who are not in hospital to understand how tecovirimat works, what they can expect, and the time frame of the recovery process. Knowing whether there is an effective treatment may also help to reduce any anxiety around monkeypox.”

Professor Tom Solomon CBE, Director of the NIHR Health Protection Research Unit in Emerging and Zoonotic Infections and Director of The Pandemic Institute said: “This is good news that this trial of tecovirimat for monkeypox is beginning this week. It is really important that we have trials of this drug to answer the critical questions of whether it is safe and effective, and how effective it might be. This is what the PLATINUM study sets out to do. It’s an important part of the UK response to monkeypox.”

PLATINUM is being funded by a £3.7 million award from the NIHR following an open call for proposals. Both tecovirimat and the placebo treatment are being provided by SIGA Technologies Inc.