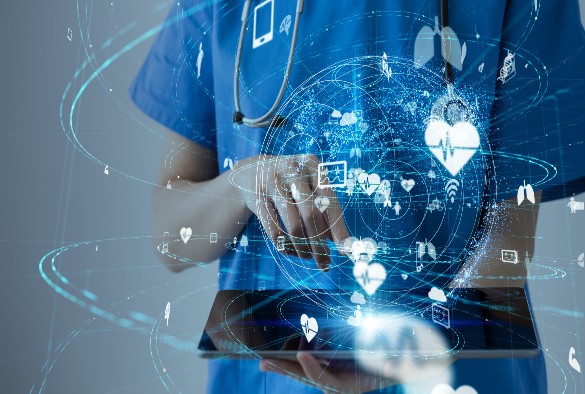 This article by Dr Wahbi K El-Bouri from the University’s Department of Cardiovascular and Metabolic Medicine, was first published for The Conversation:

Before a drug or medical device is approved for use in humans, it must undergo a clinical trial. Clinical trials ultimately aim to answer two simple questions: is the drug or device safe? And does it do what it’s supposed to do?

The downside to clinical trials is that they are complex, take years to complete and are extremely expensive. However, a recent development called “in silico clinical trials” (trials conducted using computer simulation) are beginning to show their potential for substantially speeding up trials and drastically reducing their costs. And drugs regulators are starting to pay attention.

Indeed, evidence from an in silico clinical trial has already been used to get approval for a new type of pacemaker.

About 75% of patients fitted with a pacemaker will need an MRI scan at some stage, but these devices run the risk of overheating in an MRI machine and burning heart tissue. A novel pacemaker was developed and approved in 2011 that was safe to use in MRI machines.

Testing this new pacemaker using a standard clinical trial would have required thousands of participants to catch those few occasions where the pacemaker overheated. Instead, the evidence from the in silico clinical trial was accepted by the US Food and Drug Administration (FDA) and the device was approved.

In silico trials have also been used to reduce the amount of animal testing. In 2008, the FDA approved one such trial to replace the use of dogs when testing insulin control loops in type 1 diabetes (a device that lets an insulin pump communicate with a continuous glucose monitor). Since then, more than 140 control loops have been tested in this way, avoiding experimentation on hundreds of dogs.

There has since been a flurry of attempts to develop in silico clinical trials in conditions ranging from stroke, to atrial fibrillation (a potentially life-threatening irregular heartbeat), to assessing the toxicity of drugs. Although none of these recent computer trials have attempted to get regulatory approval, they are paving the way for future in silico clinical trials to be used in regulatory approval of the drug or device.

These simulations have the potential to reduce the estimated failure rate of 90% of new drugs in getting to market. Changes to the design or dosing of the medicine may improve clinical trial outcomes and reduce failure rates, but these are often not explored because of the huge costs of rerunning the clinical trials. But they can be explored cheaply using in silico trials.

Widely used in other industries

Manufacturing industries have long used computer simulations. Cars, planes and nuclear reactors are all designed and tested on a computer before building begins. What is new is the use of these simulations to predict disease, and the effect of a drug or medical device on that disease, for a general population.

Medical regulators such as the FDA are increasingly interested in assessing in silico clinical trials as they can reduce the cost, time and failure rate when developing a new treatment. Estimates of drug or medical device development costs range from US$50 million (£41 million) to over US$1 billion (£828 million). Any reduction in these costs should result in cheaper medicines.

Research has reached a point where computational power and understanding of biology allow highly specific predictions to be made on how a medicine will affect the human body. However, this in no way means that these in silico clinical trials will fully replace human trials. There are too many “unknown unknowns” in understanding medical interventions, which means 100% accuracy at simulating reality is never guaranteed.

Regulatory acceptance is another hurdle that must be overcome. While there are promising signs from the FDA that in silico trials can be accepted as evidence, there is still a need for clear regulatory guidance for this to become the norm. As more successful in silico trials are developed, regulators around the world will probably accept them as valid evidence.

While in silico clinical trials will never completely replace real-world clinical trials, the two questions – is the medicine safe, and does it do what it’s supposed to do? – will increasingly be answered by a combination of humans and computer simulations of humans.